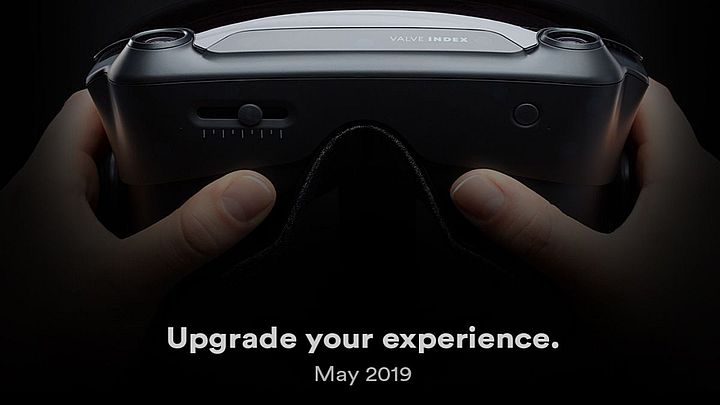 More info in May. Or maybe that's when it will be available for sale?

For a long time there have been rumors in the web concerning new VR goggles from Valve. It turns out that the existence of the VR device was confirmed by the company itself, as it published a teaser of a device called Valve Index. A mysterious graphic with the caption "Upgrade your experience" has appeared on the Steam website. In addition, a date of May 2019 can be seen under the caption. Does this mean that the product will make its debut at that date, or maybe the creators will only decide to officially announce the device and reveal its parameters?

Let's remind that the company has been cooperating with HTC until now. So far, Valve has not provided any specifics related to the Valve Index. It is not known which controllers the device will support (Valve Knuckles are consideredd) and what will set the device apart from goggles such as Oculus Rift or HTC VIVE. Players would probably like Index to offer a wider field of view than the competition, while keeping the price affordable. The first leaks indicate that the equipment will have built-in headphones, SteamVR sensors and two cameras. Below you can see the unofficial photos of the set.

There is also a lot of talk about the fact that a game from the Half-Life series, capable of supporting virtual reality, would help to promote the new device. Allegedly, Valve creates a prequel to the series and not a full-fledged continuation. However, these are still just speculations, so we should rather not take this information for granted. We will probably find out more details in May, when Valve presents the new device to the world.