Shiro Games has revealed a roadmap for Wartales for the first half of this year. It includes official release.

The so-called Community Update will be released first, this February. The patch will introduce:

Update 1.0 is scheduled for release in the second quarter of the year, leaving early access. This patch will offer: 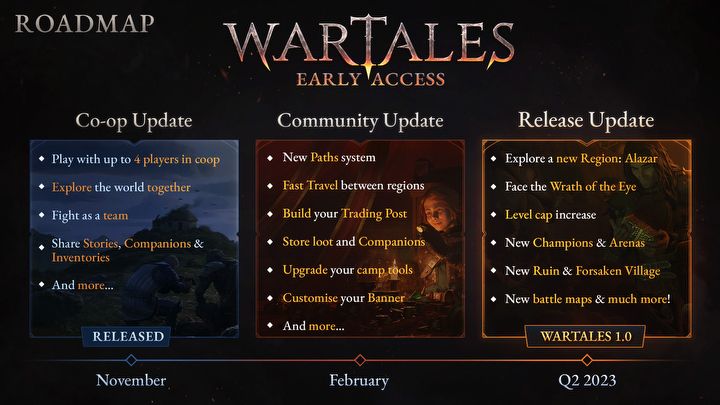 Recall that Wartales debuted on December 1, 2021 in Steam Early Access. The game is available exclusively on PC. Since its release, the project has been systematically developed. The last major update was released in November last year and introduced, among other things, a cooperative mode.

The game has received a warm reception - on Steam, 90% of player reviews praise Wartales, which is categorized as a "very positive" reception.

Microsoft 'Invites' Sony to Court; Wants to Know Its Secrets