A new gameplay video from The Walking Dead: Michonne - A Telltale Games Mini-Series appeared online showing the first six minutes of the game. Fans of this video game series will quickly recognize well-known mechanics based on QTE sequences and brutal combat visualization  the landmark features of other games of the studio. As the title suggests, in this spin-off installment to The Walking Dead series we will take part in some early adventures of Michonne, a character known from between the original comic books.

The first of three episodes that make up The Walking Dead: Michonne - A Telltale Games Mini-Series, entitled In Too Deep, is scheduled for release on February 23rd, 2016. The other two are to follow soon afterwards: Give No Shelter is to debut in March, while the season finale What We Deserve in April. The Mini-Series is going to be available on PC, PlayStation 4, Xbox One, PlayStation 3, and Xbox 360, as well as on mobile devices (iOS and Android). 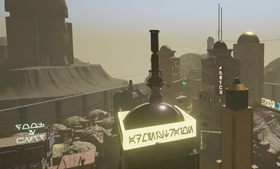