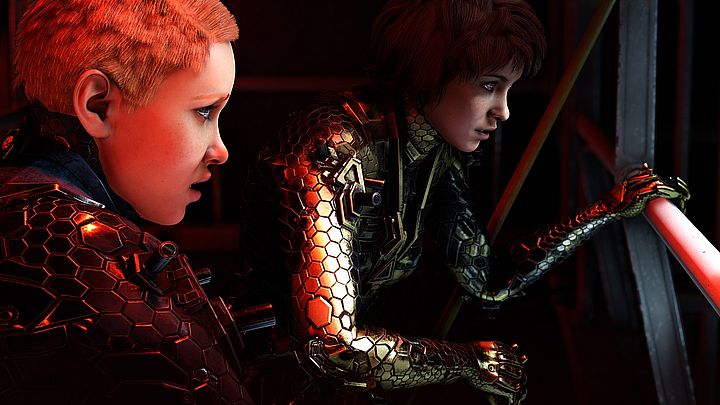 We are less than a month away from the launch of Wolfenstein: Youngblood, i.e. the new co-op-focused installment of the popular series of first-person shooters. Bethesda Softworks, the game's publisher,thought it was a good time to reveal that the PC version of the game will use Denuvo.

This information has been added to the game's Steam profile. We don't know if Denuvo will also appear in the Wolfenstein: Youngblood edition sold in Bethesda's own shop. In the case of RAGE 2, this security was only present on Valve's platform.

It's worth mentioning that Rage 2 on Steam only initially used Denuvo. The security was removed with the first patch. In the case of this game, one of the reasons for this was that the game profile lacked information on this DRM before release. Above all the Bethesda store version of the game was devoid of it, so pirates could share the release, making Denuvo's presence on Steam pointless. We, therefore, doubt that in the case of Wolfenstein: Youngblood, the publisher will repeat this mistake.

The latest version of this DRM has still not been cracked, so it is still able to protect games such as Anno 1800, Mortal Kombat 11, or Three Kingdoms: Total War. No wonder Bethesda was tempted by Denuvo again.

Wolfenstein: Youngblood is also coming to PlayStation 4, Xbox One and Nintendo Switch in addition to PC. The game will be released on July 26, this year.