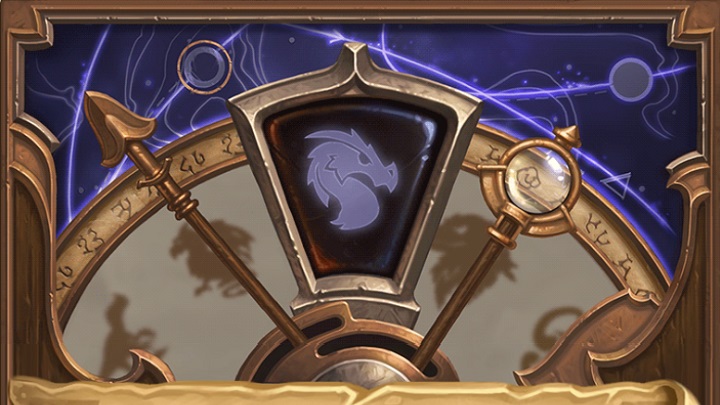 The Year of Raven will soon come to an end in Hearthstone. On this occasion, Blizzard considered it appropriate to sum up the past twelve months and reveal what awaits the players in the near future. As we read on the official website of the game, next year - this time under the patronage of the dragon - the add-ons from two years ago, i.e. the Journey to UnGoro, Knights of the Frozen Throne and Kobolds & Catacombs, will become a thing of the past. The cards from these expansions will no longer be available in standard mode, although they can still be used in the so-called Wild. As a consolation, the players will be able to receive one package of these expansions each - just log in to the game between March 25 and April 2. In addition, a special Tavern Brawl will be available during this period, taking into account only the cards from these add-ons.

These are not the only cards we will have to say goodbye to in the Year of the Dragon. In addition to the standard rotation of add-ons, Blizzard will also expand the Hall of Fame, a list of cards not available in standard mode. Last year we lost three cards from the classic set and it will be no different this time. At the end of the Year of the Raven, Naturalize (druid), Doomguard (wizard) and Divine Favor (paladin) will leave for the Wild. However, this is not the end of the story. Blizzard also decided to get rid of six newer cards, that are supposed to have too much influence on the game. These are mainly the Genn Greymane and Baku the Mooneater, which are the basis of Odd/Even decks (i.e. based only on cards which required the issue of an even or odd number of mana points). As if by the way, it was decided to get rid of the cards associated with these archetypes (two by one): Gloom Stag, Black Cat, Glitter Moth and Murkspark Eel. A total of nine cards will disappear from the standard mode. As every year, the owners of these copies will receive a refund of their dust costs and will be able to either keep them in the Wild or disenchant them and gain a total of twice as much dust as it cost to create them. 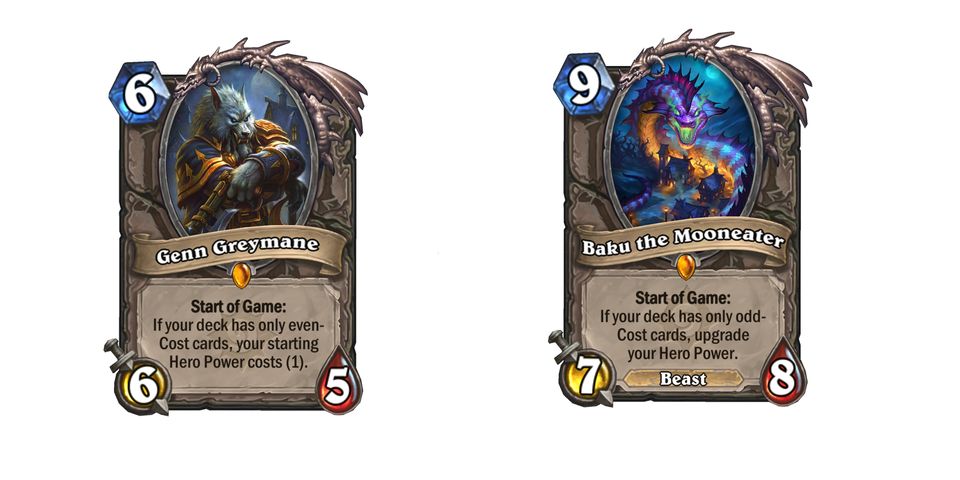 The cards from The Witchwood turned out to be more powerful than the creators assumed.

One of the attractions of the Year of the Dragon will also be the new Adventure Campaign, i.e. a solo mode, in which we face unique opponents with the use of equally unusual cards and abilities. Blizzard promises that it will be more ambitious and complex than before. First of all, the players will have more starting decks and special powers for each class. Secondly, instead of separate stories in the Year of the Dragon, we will receive a campaign planned for the whole year, whose protagonist will be "a mysterious (though strangely familiar) character from the magician class". Another novelty is the possibility of strengthening our Adventure deck in the optional Tavern Brawls. 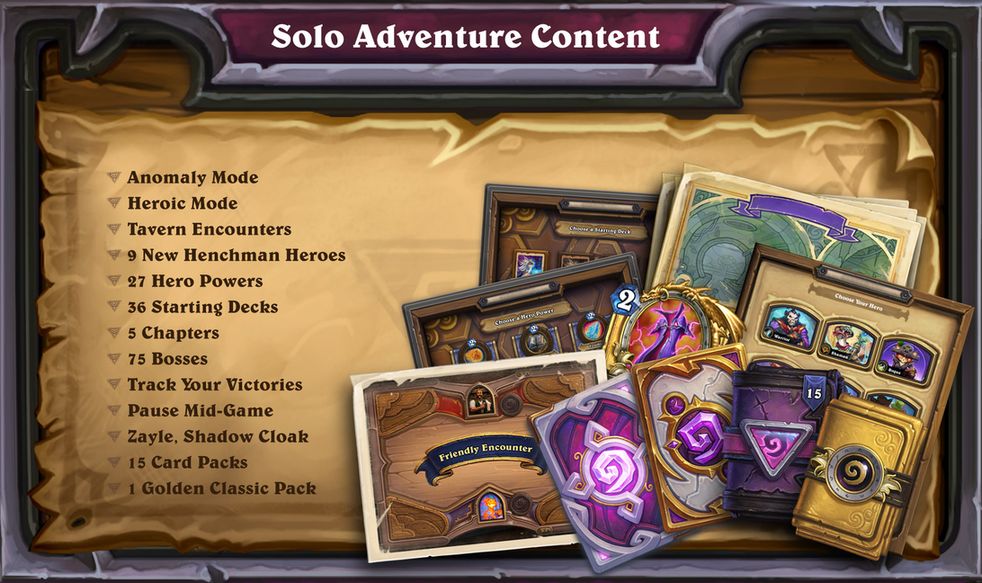 However, there is a fly in the ointment - only the first chapter of the story will be available for free. The rest will have to be purchased for 700 gold pieces each. The alternative will be to pay 19.99, which will unlock the whole campaign. For the completion of each stage we will receive three packages for a new expansion, and reaching the end of the Adventure will result in a unique reverse and a gold classic package.

These are not the only upcoming changes. The developers are also planning a handful of minor improvements, including the ability to draw legendary tasks again, counting arena victories to progress towards a gold class portrait, and a completely new interface for deck building. As always, we will also receive three further expansions, although for the time being we know practically nothing about them. More information will be available on Thursday, March 7 after 10 p.m., when a new question-and-answer session with the developers starts on Reddit