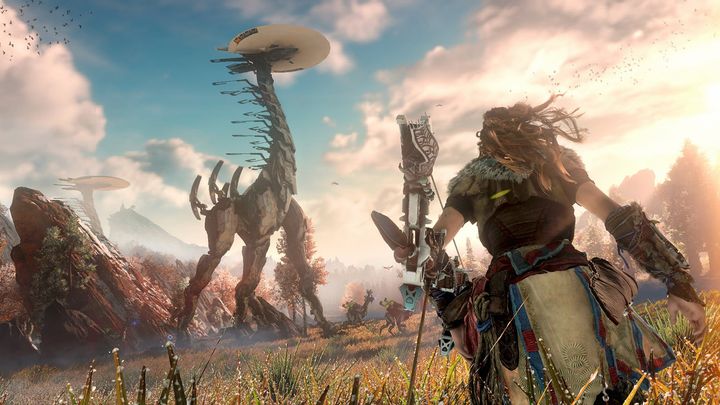 The game works better and better.

Horizon Zero Dawn: The Complete Edition on PC has aroused mixed feelings. The game looks beautiful, but there are some problems with its performance. A lot of fans complained about various technical issues, but Guerrilla Games quickly noticed the negative voices and issued a statement in which they informed about the work on updates to remedy the issue. The first one of them just saw the light of day.

Patch 1.01 has managed to eliminate a couple of troublesome issues. The game shouldn't be 'crashing' so often in the launch phase anymore, although the devs emphasize that they have yet to get rid of this problem completely. Therefore, the data collection system was improved after a player gets thrown out, so that developers could more accurately diagnose the irregularities.

The game's reaction to special characters in profile names on Steam and Windows was also annoying as well as slightly absurd. They made it impossible to save the game and take screenshots in the photo mode. Guerrilla Games got rid of these issues as well.

Of course, there's are still a lot of other things to fix, but the devs are aware of them. What's more, they have made a list of priority problems and shared it so that the players are aware that the work is in full swing. The optimization bugs associated with visuals (issues with anisotropic filtering, 4K, and HDR filtering not working properly) or glitching on some GPUs were mentioned, for example. The entire list of fixes (both implemented and planned) can be found on Reddit.