This result includes both the original on PlayStation 4 and the PC port. It is worth mentioning that, in fact, sales of Horizon: Zero Dawn are even higher, as the stated figure of 20 million copies comes from November 28 last year. 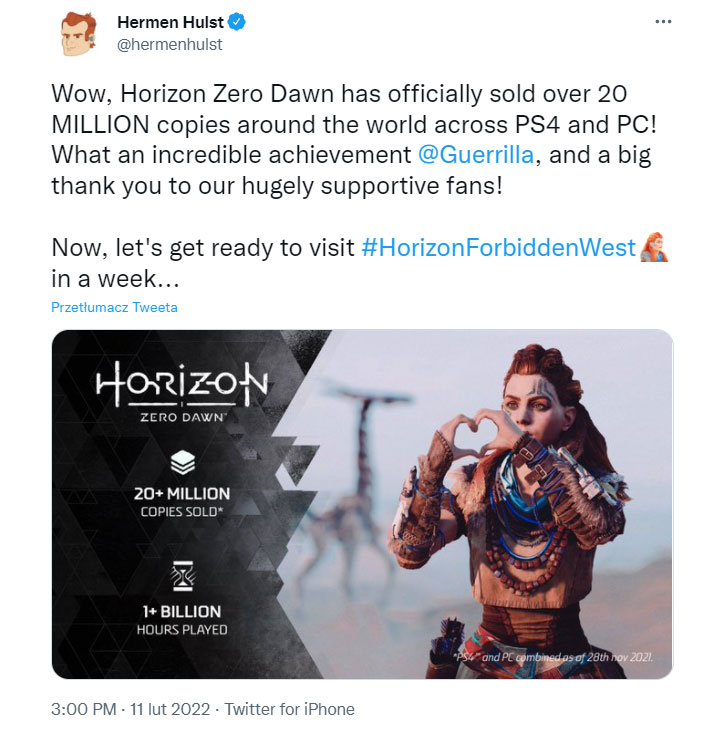 Moreover, since the game's release, players have spent over one billion hours in the world of Horizon: Zero Dawn.

The game debuted in February 2017, exclusively on PlayStation 4. The PC version was released only in August 2020.

Sales results of Horizon: Zero Dawn are impressive, especially considering that it is a new IP. They also bode well for the upcoming sequel, titled Horizon Forbidden West, which will debut in just six days, on February 18, exclusively on PlayStation 4 and PlayStation 5.