In one of the best FPP shooters of recent years – Doom Eternal – the developers introduced an interesting mechanic of replenishing ammunition, which actually forced you to use the entire suite of weapons you could lay your hands on. On one hand, it diversified gameplay and allowed you to get to know each gun. On the other, it limited the ability of using a favorite firearm. While the shooting was extremely fun in Eternal, somehow none of the guns were as memorable as the shotgun from the first installment of the series back in 1993.

And this is where we get to the point. Are guns in shooters no longer as inventive as they once were? Regardless of the nature of the game, are we currently just getting variations on inventions that have been around for a long time? True, it used to be easier because games were few and all solutions seemed fresh and innovative. It's not completely horrible today either, but the coolest weapons in series like Far Cry or Borderlands tend to be more on the crazy side, than the creative or inventive one.

So, let's reminisce about the good old days, or rather talk about the old goons! Those most unusual, surprising types of guns from older shooters that were most memorable to us. In many cases, they were as much a part of the game as the main protagonist, and remain a hallmark of a given title to this day. A gadget that can be added on top of the worst cosplay costume, dispelling any doubt as to what game it represents. Here are the top 10 most memorable guns from FPP shooters.

Please take into account that this is not a list or ranking of the coolest weapons from the games, the most iconic, or the most fondly remembered, so many famous examples are missing here. We mainly took into account the ingenuity of their action or the ability to use the gun creatively, rather than the sentiment we have for a particular weapon. 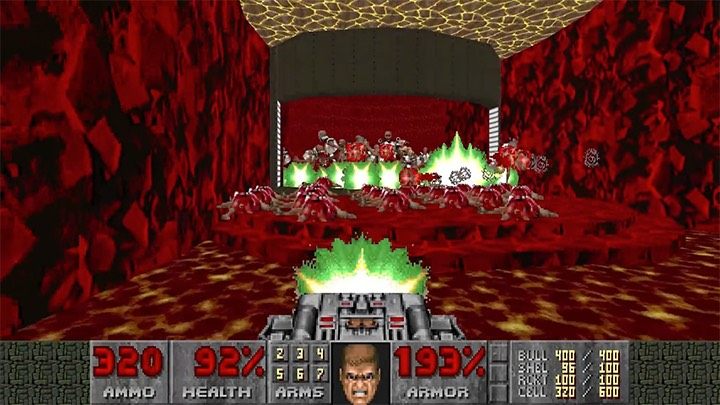 The first of the great and iconic guns, quite as its name suggests – the Big <adjective beginning on ‘f’> Gun. In the rankings of a couple of the world's most famous editors, it's always somewhere in the top three weapons of all-time in gaming. Machinima, putting it at the top, added a laconic description: "Do we really have to explain why? But let's give it a try, especially since it's been almost 30 years.” 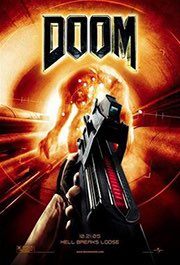 In the Doom movie, the acronym BFG was expanded as "Bio-Force Gun." This was a clearly missed shot at dodging explicit vocabulary. It has lived to see many versions over the years, though it’s rumored to be simply "Big Fucking Gun" in the game documents and the original Doom II manual.

We met the BFG9000 in 1993. At the time, it was the most powerful cannon available in Doom. A true hand-held weapon of mass destruction – a mini-nuke-gun for emergency situations. Although the game delighted absolutely everyone and you could probably happily finish it using just the pistol, BFG9000 proved to be a life-saver during boss fights or in rooms swarming with imps or pinks.

Firing an inconspicuous green goo, the gun became a subject of nerdish discussions on its actual operation and damage calculations, with varying results. Sometimes, the cyberdemon fell after two shots, and sometimes it still stood after ten. Why such a disparity? It turned out that there were some pretty interesting mechanics behind the BFG.

A single gunshot resulted in a two-step action. The first is a standard ball of energy that acts as a projectile. It flew quite slowly until it met an obstacle – a creature or a wall. The point being, such a bullet always dealt a random amount of damage. This was because the real essence of the BFG was the area explosion, the so called "BFG spray," triggered right after the projectile hit something, that could flare as many as 40 deadly hitscans. That was the bottom of it!

Most unaware players made the mistake of treating the first bullet like a missile: "Probably where it hits is where it makes the boom." But not the BFG! Directly hitting a group of monsters from a distance often did very little damage, especially when the RNG was not kind. All that because the game, in order to calculate which of the enemies was hit by the additional attack, created a cone, whose apex was not the place from which we fired the first bullet, but our current position.

So, if those slightly more defensive players were ducking somewhere far away after a shot, the effects of the second phase were sometimes miserable. You had to know how to use the BFG9000 to make the most of it's capabilities and take cyberdemons down in two shots. In times without widespread Internet access, however, few people knew about it, although a certain amount of randomness in the operation of these weapons did not reduce the fun in using them. 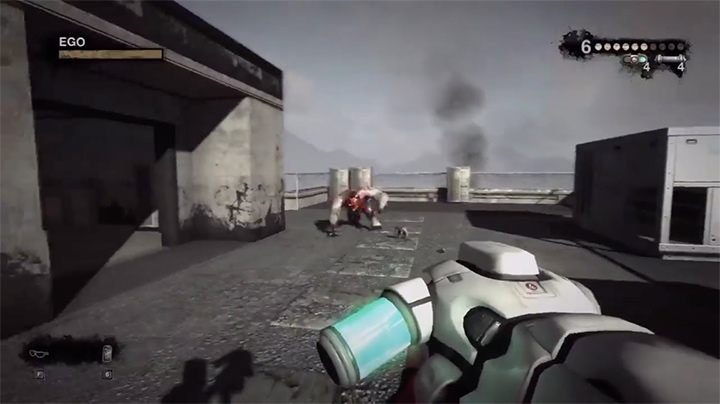 In the mid-1990s the gaming community had a dispute that PlayStation and Xbox Game gamers can only dream of today. The argument over whether the better game was Quake or Duke Nukem 3D. The former impressed with fully 3D graphics in an FPS shooter. Duke, on the other hand, still showed enemies in outdated two-dimensional sprites, but made up for it with its cool humor, and a much more vibrant and interactive world. And while the axe from Quake was very atmospheric, and shooting the nailgun was a lot of fun, none of the Quake weapons matched the ingenuity of the shrinker from Duke.

The Shrinker wasn't lethal, it didn't tear enemies to pieces, it wasn't even that innovative, because such an invention in a slightly different version could be found, for example, in the film Honey, I Shrunk the Kids. Being able to use it in an FPS, however, was a hoot. This weapon sent out a beam of energy that reduced enemies (and anyone within range) to the size of an ungrown mouse. Duke then automatically proceeded to trample the tiny opponents, which looked quite brutal, as the sight of the liliputian monsters seemed pretty cute. The Shrinker was chosen especially against tougher opponents because all it took was a single accurate hit with the gun and a solid stomp, instead of wasting entire clips of ammo.

Interestingly, Duke himself could get shrunk. The perspective of the world view then changed, the remaining rifles were unusable, but you could fit into every crack. You just had to remember to get back into a large enough space in time, because the shrinking effect passed after less than 12 seconds. As if all that wasn't enough, the developers added the effect of ricocheting shrinker beams bouncing off mirrors, which allowed for some tactics and shooting from around corners.

This weapon later returned in the memorable (for different reasons) Duke Nukem Forever as the shrink ray, and in a few other games like Ratchet & Clank, Call of Duty: Black Ops – Zombies, or World of Warcraft.

Let's also add that Duke Nukem 3Dalso offered a "freezer," and the Atomic Edition featured a "zoomer," or expander, alongside the "shrinker." The enemies killed with it swelled until they exploded.