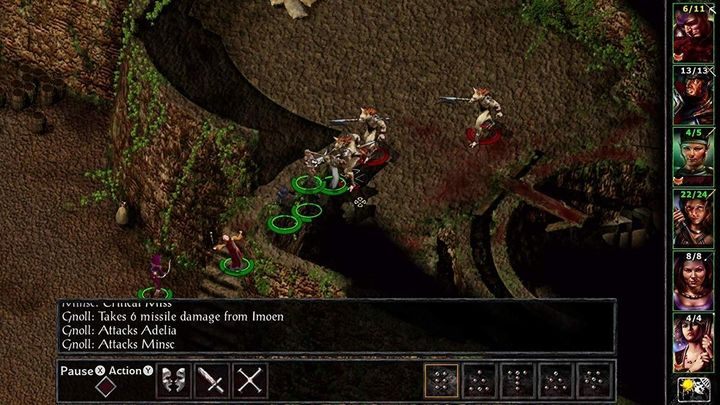 You must dissemble the party before venturing forth.

SPOILERS FROM BALDUR'S GATE READ ON YOUR OWN RESPONSIBILITY!

I don't think this legend needs any more introduction. Baldur's Gate is one of the best RPGs ever. Of course, not everyone played this all-time classic, because despite the existence of an expanded and refreshed edition, it still looks and feels quite outdated. However, many contemporary titles are strongly inspired by Baldur's Gate. There's Pillars of Eternity or Divinity: Original Sin, just to name a few titles.

"You have to gather the party before venturing forth." This phrase has already become a trademark of the game. Mainly because this title really emphasizes the team's role in our adventure. We can't achieve anything here fighting alone. Hence making numerous acquaintances  both sincere and more pragmatic.

Any good role-playing game should force difficult and ambiguous decisions. And that's exactly what Baldur's Gate does. We often have to choose between two companions. Conflicts are inevitable, and we often will have to side with one of two characters. Some disputes also push for extreme measures. For example, if we want to keep Minsc and Edwin in the team, we have to murder Dynaheir. The voice of the majority can be ruthless at times.