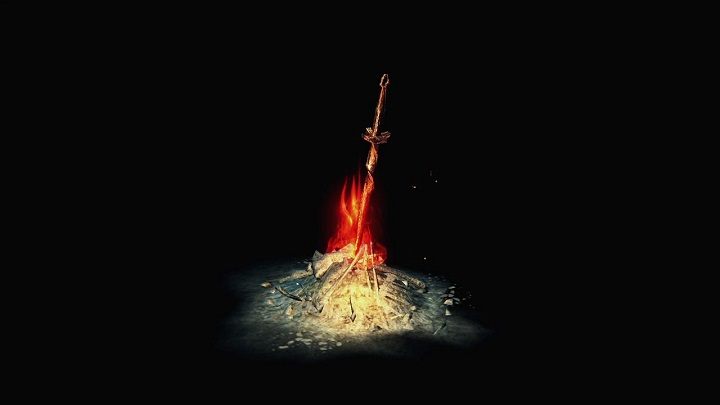 Dark Souls is not only about fighting for life and death against monsters taller than a mountain, but also a moment of respite at the bonfire.

It would seem that Dark Souls is the last game you'd want to play when depressed. The grim atmoshpere of a dying world, the melancholic landscapes of moss-covered ruins, the elaborate monsters designed to evoke fear and disgust; all of this fraught with sadistic mechanics based on death, crying and broken game pads.

Still, one player posted a video on YouTube describing how Dark Souls became a major help for him in his battle with depression. A large proportion of mental disorders are characterized by a certain rigidity of thinking and opinions. In depression, changing one's behavior can be very hard. Consecutive attempts may end with a headache, or, in most severe cases, tragedy such as a suicide attempt.

Learned helplessness is often cited among cognitive causes of depression. It's another concept introduced by Seligman, mentioned above, and it describes a situation in which a man  or an animal, the original experiment was done on dogs  may stop responding to harm done to them if such attempts does not produce results. This, for example, is one explanation for why victims of domestic violence often don't come forward to get help  they may have done so before, but their problem might have been laughed at or trivialized.

In the case of depressive disorders, we're dealing with a very broad, multi-faceted sense of helplessness. The patient is convinced that any action they would take will be futile (motivated by past, real, or exaggerated failures).

That's why it's so important to exercise flexibility of thinking and ability to see which solutions can be beneficial and which cannot. Therefore, it also is important to learn how to implement these beneficial solutions even if everything around you seems to interfere with this. If that's not a good description of soulslike mechanics, I really don't know what is.

The said YouTube vlogger claimed that Dark Souls was a sort of life-affirmation moment. A sign that even though life can be very difficult at times, it's worth trying, because every little success brings you closer to achieving your goal.

Soulslikes preach consistent effort and a solid push forward as remedy, and the dark setting seems to only reinforce that message. There's no handicap in these games, the world isn't deceptively sweet, which makes the reward that much more satisfying  after all, if you've managed to defeat all those monstrosities, what could possibly stop you?