Microsoft has been investing heavily in its" Netflix of video games " for years and is attracting a growing number of gamers to the service, tempted by access to a sizable library of solid items in exchange for a small monthly fee. By purchasing Xbox Series X and opting for a subscription, unless we're not bent on some specific titles but just want to have constant access to nice games, we could practically give up buying games. And all at an annual price roughly equal to one large "AAA" title. 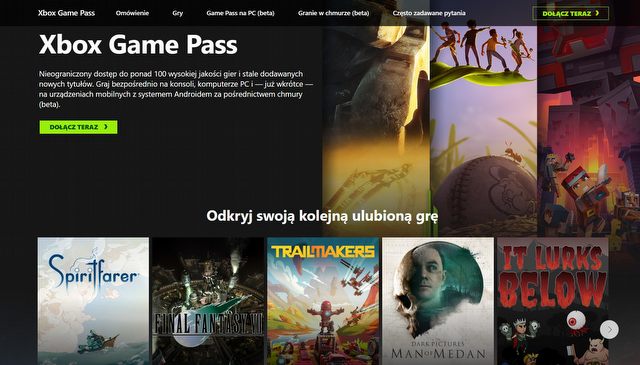 The best thing Sony can send to counter this is PS Now  a subscription that is more expensive, offers less, operates much worse in technical terms and still unavailable in many other countries. While Microsoft is betting everything on the subscription card, believing it to be the future of the industry, Sony is treating the issue with extreme negligence. And aside from the fact that one might end up with the short end of the stick because of that, it would simply be a shame, because a similar service on PlayStation 5 would be a very attractive alternative to buying more games. Especially in the context of the aforementioned price increases hanging over our heads.

If we have plenty of room in the living room, good for us. But not everyone is so lucky, and squeezing such a giant into the vicinity of a TV can prove to be a significant logistical challenge for many owners. Especially since such device traditionally also needs space around for the air to have somewhere to go to and not overheat the console. It will also be difficult to "hide" it in a cabinet if Sony's futuristic design doesn't appeal to us and we prefer not to show off what looks like a very swollen router.