In a way, it's hard to believe it's been a year and a half since we originally published this article. Unfortunately, the threat of the coronavirus is still real, and sometimes – mostly depending on where you live – it's better to just stay at home than go out with friends. However, this doesn't mean we have to sever our relationships completely. Online games are a good, albeit temporary substitution of real-life interactions. What games are the best from the social standpoint? That's the question we've addressed in this article.

In November 2021, we decided to update our ranking. We've added two games to it – one relatively new and the other a bit older, but enriched with additions and updates. Our friend Carl Laska wrote the update.

WHAT GAMES DID WE CHOOSE?

Built-in voice chat is not considered a prerequisite, as you can always use third-party programs. 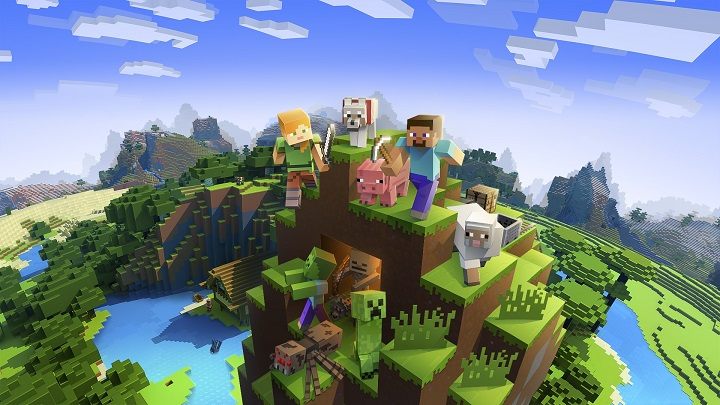 Everyone knows Minecraft. It’s a sandbox game originally released in 2011 through an independent studio Mojang. Players enter a randomly-generated world built from three-dimensional blocks, and they're free to create to their hearts’ content. The foundation of the game is, get it, mining raw materials and crafting stuff from them – including weapons, tools, and… other materials. If you’re well prepared, you can build a base and explore the world in search of adventure.

Over the years, the game has received numerous updates, which introduced quite a lot of additional content. There's simply no room for boredom, and there's something for both wild creativity, and typical, survival/RPG thrill. Then, there's the community that creates all kinds of servers and modifications, ensuring interesting gameplay ideas that can completely change the way the game works.

If you choose to play together in the survival mode, the pace of the game will not keep you silent. Collecting raw materials, planning expansion of the settlement, or just exploring are all ideal opportunities for communication with friends. Moreover, more ambitious teams may be tempted play in creative modes and try to create a masterpiece, although this will require much more attention and discussions about construction.