While Microsoft has made it clear that the new Xbox will get full backward compatibility, Sony is dodging the topic more than George R. R. Martin, answering questions about the upcoming volumes of Game Of Thrones. It was confirmed that backwards compatibility would be available, but in such a laconic style that to this day it is still unclear what it will look like. What we do know is that of the 100 most popular PlayStation 4 games, "almost all" will run on the PS5. And that there will also be a number of other titles from old hardware that we will run on the console, and some of those newly released will receive special upgrades to allow them to take full advantage of the new device's capabilities. 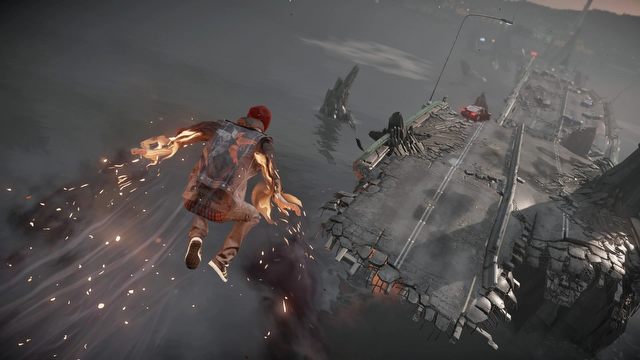 InFamous: Second Son was quite popular. Is it among 100 most popular games to run on PS5?

And that's where the facts end. We don't have any official list of older titles that are certain to run on PlayStation 5. There was no mention of the issue of cooperation with games released on company's older consoles, although due to rumors circulating the web for months, it would be appropriate to eventually say "yes" or "no" directly. We're so close to the launch, it's really time for some solid facts.

I'm very lucky. Coincidentally, I just bought a PS4 model that runs as silent as Solid Snake in the middle of a stealth mission. The only time the console lets my ears know that it's on is when the Blu-ray drive starts working  when the hard drive itself is working, it remains silent. Most of the world has no such luck, and there's a ton of colorful comparisons online of the sounds released by the PlayStation 4 to a working vacuum cleaner or a launching spaceship. The problem applies to both classic Fat and newer Slim models, as well as Pros. Many PS3 owners have also faced it.

Since in the past Sony regularly had a problem with the volume levels of its consoles and chances of getting our hands on a silent unit resembled winning a lottery, we have, unfortunately, no reasons to hope that this time will be better.