If it weren't for Doom, there would be no Steam (?) 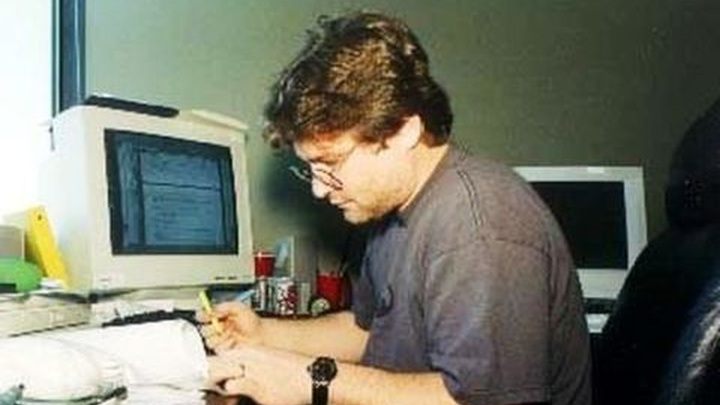 Can you believe that Gabe Newell once looked like this? And that his passion was tampering with game code?

When asked about the most important games in his life, Gabe Newell used to bring several titles up, and one of them is invariably Doom. The founder of Valve says that it was the shooter from id Software that convinced him that the future of the broadly understood entertainment industry belongs to video games. "Gaben" crossed paths with this game even before he worked at Microsoft.

He wanted to convince the world that there is no reason why a Windows PC can't be a gaming platform. To do this, he wanted launch the most high-tech game that he would find  on Microsoft OS. And yes, the definition was observed by Doom. The game made such an impression on him that he decided to prepare his port for Windows 3.11 in order to demonstrate to his principals the power of interactive entertainment. Admittedly, the project didn't quite succeed, because before it went through the beta, Windows 3.11 was obsolete. Newell didn't give up, though, and soon thereafter, made Doom available on the next edition of Windows  the 95.

Apparently, "Gaben" was not completely happy with the way Microsoft summed up the results of his work, given that he parted with the company to create its own dev studio called Valve Software just the next year. And the rest is history...