Well... if you too ask this kind of questions, you're in the right place. Developing games takes lots and lots of time, so it's not wonder that the people who create them are pretty inventive when it comes to finding and inventing diversion. And Doom is no exception – on the contrary, the game is a real bonanza for easter eggs. Here are the best of them. 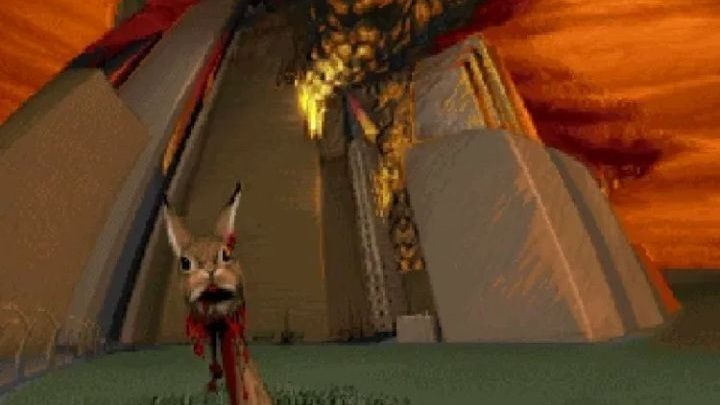 Poor demons... They didn't know what they were doing.

Although the text (almost) completely refers to the first two episodes of the series, released in the early 90s, the upcoming release of Doom Eternal was obviously the inspiration. Therefore, we will begin the review with a tidbit that connects both these epochs in the history of the franchise.

The original Doom doesn't end on a happy note. After the last boss of the game, we can see a flaming city, making up the background for a rabbit's impaled head, visible in the fore. This is no accident – it was not an ordinary rabbit. As it turned out, years later (when The Ultimate Doom reissue was released), the pet's name was Daisy, and he was a pet of Doomguya himself. Thus, in the second part of the series, the hero received a firm motivation to "burn the hell down" and kick the demons back to the middle ages.

And how does this apply to Doom Eternal? Well, id Software decided to celebrate Daisy on the occasion of designing the secrets in their latest game. One rabbit should be hidden in each location. We don't know any more details (it's a secret, after all), but I expect it to be one of the most difficult finds, perhaps similar to the levers that opened up access to retro levels in the previous Doom. On the other hand, the idea is not entirely original. Rabbits as a kind of easter eggs also appeared in the Shadow Warrior (2013).

29 years after its initial release, Wolfenstein 3-D is still kicking ass and taking names. B. J. Blazkowicz returns in Wolfenstein: Blade of Agony – one of the best mods ever delivered for any video game.