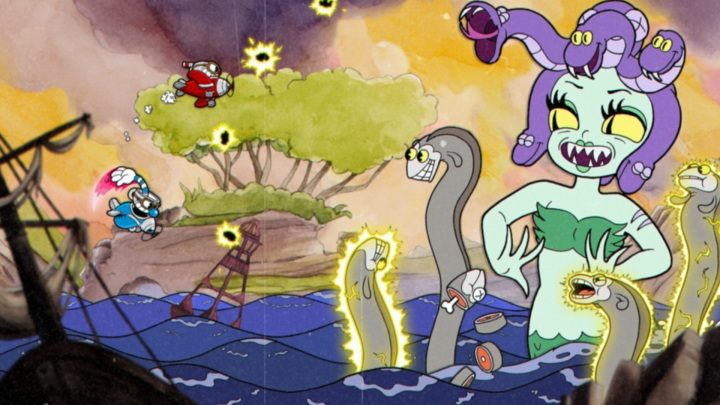 Dark Souls among the platformers! Or rather, a return to the old days when arcade games could be completed only by the Masters of local arcade parlours. At the time, the difficulty level was tightened up, only for players to throw more coins into the slot machines. Cuphead, fortunately, only needs to be bought once and can be approached endlessly with its extremely difficult levels and demanding bosses. We shoot, run, jump in perfectly calculated sequences as a... Cup!

Cuphead not only surprised audiences with its high difficulty level, but also with its beautiful visuals inspired by American cartoons from the 1930s. . It's a bit like the first Mickey Mouse cartoons, except it's more colorful and dynamic. Image filters have also been well selected, so you don't even need a CRT monitor to absorb the retro atmosphere. And as if the visuals weren't enough, the whole thing is highlighted by an even more sensational soundtrack in the Jazz climates of that era.