Nowadays, obtaining photo-realistic visuals is not that difficult  but still quite expensive and usually requiring players to own powerful hardware. Just look at such games as Red Dead Redemption 2, Metro Exodus, Shadow of the Tomb Rider, Modern Warfare or open worlds from Ubisoft titles. With each generation, there are benchmarks of the capabilities of computers, engines and game developers themselves that delight from the first minutes.

But you don't have to immediately invest in motion capture sessions to draw our eyes to the monitor. For years, coloured pixels have been like paint on canvas and it's up to the "digital artist" how he or she uses them. Smaller budgets and opportunities can be replaced by ideas, talent, and creativity. Sometimes it is the theme of the game that determines this rather than a different artistic style. The imaginative visuals can create a narrative and the right atmosphere. So let's take a look at the 12 most interesting examples of unique visuals in video games. Not the prettiest or the best, but the most surprising and creative. 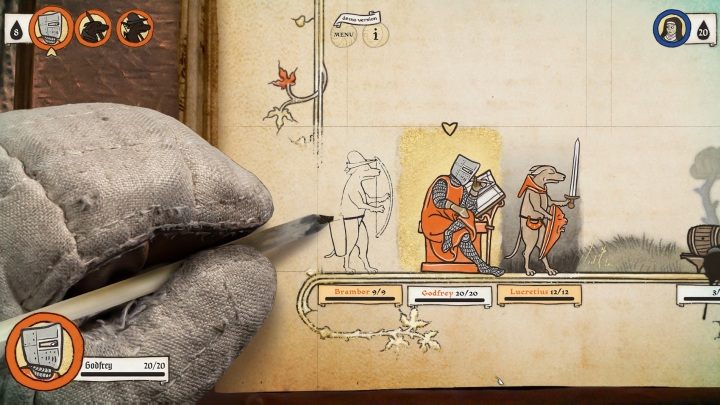 It would seem that in 2020 we have already seen everything in terms of game setting. How about the characters on our team drawn in real time by a real artist whose hand can be seen on the screen? In addition, he draws anthropomorphic animals armed with swords and bows on what looks like the cards of a medieval book. This is what Inkulinati will be (because the release date is announced for 2021) the biggest surprise at Pixel Heaven 2019.

In the game, we play the illuminator, a medieval manuscript illustrator who, with the help of the "living ink", creates various characters who come to life after a moment in the pages and fight with each other. There, we will see creatures like the cat  bishop or the donkey  trumpeter, and in time we will face Dante Alighieri and Death. It will have turn-based, strategy, and some RPG elements but the game is bound to surprise us most in terms of its artistic style. On Kickstarter, the game raised the required amount in just a few days, which usually means that a good and unusual idea really caught the attention. All that remains is to wait for the premiere.