From April 10, 2019, Albion Online officially changed the business model to free-to-play. And while usually such a transition is synonymous with the impending doom of the game and the dawn of merciless micropayments, this case is a laudable exception. The developers still have two main sources of income – the premium accounts, and the cosmetic items. The only difference? You no longer have to buy the game itself – anyone can come for a visit and see if it clicks for them.

Fun fact for returning fans – if you purchased the game before April 10, 2019 in the starter or Foundation pack, you can claim special gifts – just a small surprise from the grateful developers.

Albion Online is one of the newset games on this list. Released in the summer of 2017, the debut production of the German Sandbox Interactive is a kind of return to the origins of the MMORPG genre. The game is complex, full of powerful mechanics, and, in addition, almost every death means the farewell to all the inventory and other contents of the backpack. The developers put great emphasis on the economic side of the game – the economic situation is created only by the actions of the players.

An important aspect of the gameplay is also the lack of a rigid division into classes – the items we use determine what role we will fulfill. Things are similar with character development – the more we use a certain type of equipment or perform certain activities, the more experienced we become in them.

The world of Albion Online is divided into different color zones (blue, yellow, red, and black). The first two guarantee player safety, and you can't lose equipment there; in case of the latter two, if you die, you lose all your inventory. 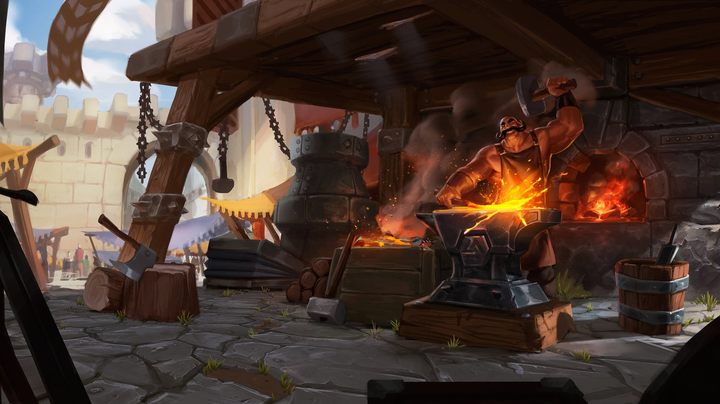