We traditionally spend the beginning of the new year by reminiscing the best games of the past twelve months. We award hits, appreciate innovations, discuss opinions, and argue who's right. Overall  we all have fun remembering last year's productions and adventures. However, the industry has (at least) two faces and for every hit, there is a disappointment. This one is to those; the worst games of 2020.

Ok, we realize that most of these games are sort of decent  they're definitely not garbage, but we decided to only talk about the games that anyone cared about. Steam, the eShop, Google Store are flooded every day with dozens of low-budget junk of embarrassingly low quality. These products are not breaking through to a wider audience, though. Digging into that swamp would neither make sense nor be of any value to you. Instead, we focus exclusively on the bigger games that generated some interest prior to release and which actually turned out to be a disappointment or a failure  because no small number of people were actually looking forward to them. 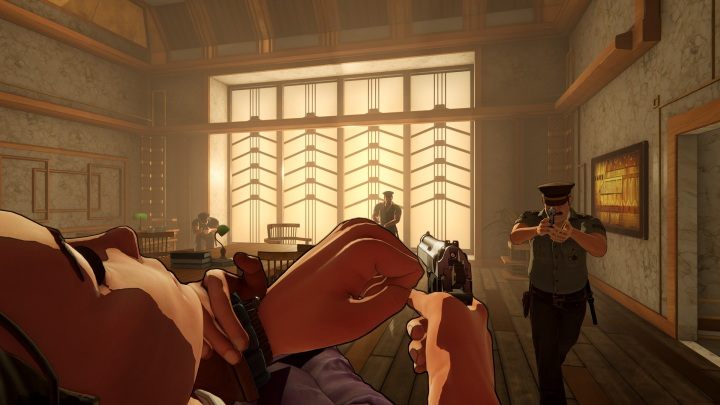 XIII is primarily known as a Belgian series of crime comics by Jean Van Hamme (also known as the author of Thorgal) and William Vance. In 2003, the series received a successful video game adaptation of the same title. It was a decent shooter distinguished by the visuals, which looked exactly like a moving comic book  this title was one of the original games to successfully take advantage of cel shading. The technology not only made the game look unique, but also made the game age really well, and even today, it looks pretty good. Hence it was quite surprising that PlayMagic and Microids opted for a full-fledged remake, rather than a sincere remaster.

In the end, everything was spoiled  even the visuals, obscuring the original style with a number of unnecessary changes, rendering it similar to Fortnite. The real problem, however, were the mechanics. Any sense of power of the weapons evaporated, along with the artificial intelligence algorithms of opponents. There was something very wrong with the animations, and the multiplayer mode was drastically reduced (which ultimately didn't matter much, because it quickly died). And if, despite all this, you risked and played it, you were faced with a slew of bugs that could make the game unplayable.

The scale of the failure was so large and high-profile that many gamers, rather than purchase the new version, went and bought the original, which sold better than the remake during the key UK release window on Steam.