From ladder to the (so-called) catapult

Although, as we mentioned earlier, castles were designed to resist frontal attacks, and usually excelled in this regard, and because conquering foreign lands was no easy business, it was sometimes imperative to try and storm the walls as soon as possible. In many cases, it was about the money. Maintaining a large army far from home, making sure it's ready to fight at all times, cost lots of money, and was increasingly challenging with each passing week and month  as you may know from games like Total War.

Besides, a migrating army was just as prone to diseases as the defenders behind city walls, even without carrion flung at them. Finally, especially in Europe, the seasons were a key factor, which Napoleon learned the hard way. No commander wanted a cold winter to find him in the midst of a long siege. So, for various reasons, people sometimes decided to try and capture the castle sooner, rather than later. 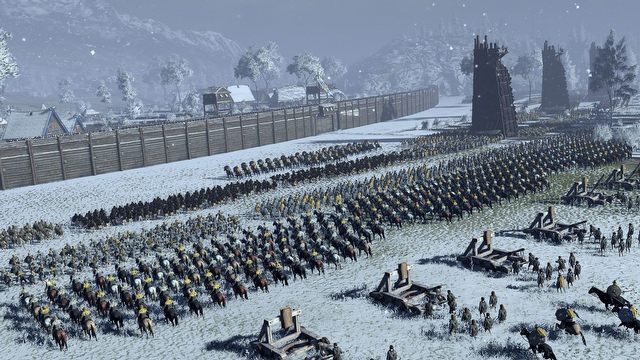 A lot depended on the location of the fortress. Those deliberately positioned on steep hills, or with a large moat all around, made it much more difficult to use the most basic tool  ladders  for climbing the walls. Such an attack was extremely undesirable from attackers' perspective  you're up against massive vertical disadvantage, extremely susceptible to attacks from above, and ladders being pushed away. Hot oil or tar was not used in these cases; it was mainly the cheaper, more available boiling water, heated sand, and sometimes quicklime. The assault was only successful if the defenders could be overwhelmed with sheer numbers.

Towers worked as long as they didn't burn

Huge losses from direct attack could be avoided by using majestic siege towers, among other things, but again, everything was conditioned by the location of the fortress (even more so than in the case of regular ladders). Such machines were better suited to conquering cities, often found at locations that made sense from logistical and commercial point of view, but not necessarily from a strategic one. The best example of this is the siege of Jerusalem during the First Crusade, when, after one tower was burned, the other was used by the attackers to break into the city.

It's worth noting that siege towers were most often constructed at the site of an attack, as a last resort, when all other methods failed. These multi-story machines usually had their own crew of archers, and even scaled-down catapults. The relative flammability of wooden structures was improved by covering them with metal plates and fresh animal skins.

Other classic siege engines include the catapult (which is generally not a catapult, but let's give it a little more suspense) and, a bit more popular (as well as my personal favorite), the trebuchet. Both are engines that cast projectiles at a large distance, the difference between them being that the former uses elastic energy, and the latter uses the principle of leverage. However, scenes known from movies or games, in which powerful stone projectiles crumble the walls of a fortress into dust, happened very rarely.

Again, geography was crucial. If the castle was positioned on a tall hill, projectiles lacked power to reach the walls and still actually pose a threat. Second, small trebuchets were much more common, hurling stone balls the size of a grapefruit, or a bowling ball at best. Such a projectile could kill an unlucky soldier, but it was definitely unable to damage massive city walls.

In general, the purpose of casting weapons in the Middle Ages was to sow fear among soldiers and to fling carrion, but not to bring down walls. The popular scenes of attackers bringing great, wooden engines to shatter the castle walls looked a little different in reality. The catapults familiar from pop culture were actually called mangonels or onagers and were much smaller than games and movies would have us believe, with projectiles the size of a watermelon at best. Siege Survival: Gloria Victis colorizes the reality a bit in this regard, as the characters we direct can get hit by falling boulders during battles, but their size suggests use of rare, most powerful engines, which you'll read about below. 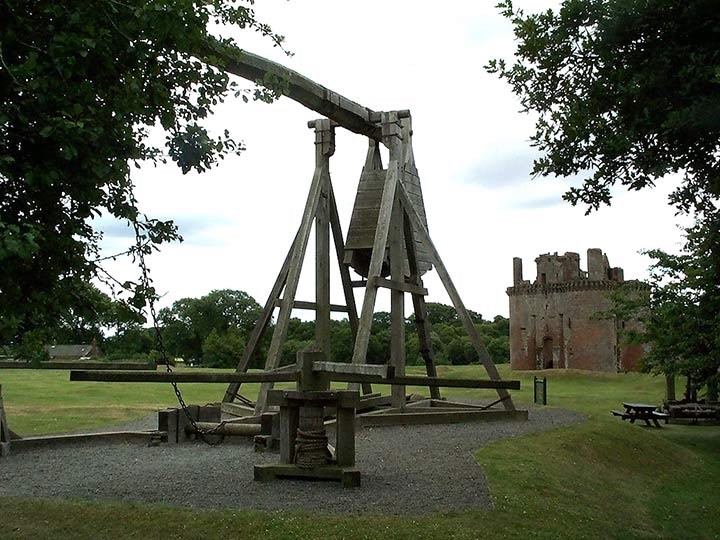 The largest trebuchet in history was the Warwolf, built in 1304 on the orders of King Edward I of England for one of the sieges of the Stirling Castle in Scotland. The powerful machine was capable of launching 135-kilogram projectiles over a distance of 200 meters. The Warwolf was constructed on the spot after four months of bombing with "ordinary" machines produced no results.

The machine generated a colossal psychological effect. The Scots wanted to surrender the castle once they saw the enormity of the Warwolf, but Edward didn't come all that way to not see his toy in action. Warwolf actually destroyed the entire defensive wall quite effortlessly. Only then did the English accept the surrender of the Scots. Situated in a strategic location, the Stirling Castle experienced a total of eight sieges.

The most powerful weapons were the trebuchets, but even the largest ones, capable of crushing walls, were used in a very clever way. First of all, making a breach in the defense was not immediately tantamount to capturing the castle. There have been many instances in history where defenders have stood their ground for months despite significant damage to the structure of the walls. Even more important was the attacker's lack of desire to do any damage. It's quite obvious that if you want to capture a city and make it your own, damaging it during the siege is like destroying your own property.

What's also not explicitly clear from the motion-picture's interpretation of the siege is that trebuchets were also used by the defending side. Here, the location of the fortress on a hill worked in its favor, as it allowed the projectile to gain more speed  it was powered not only be the force of the engine, but also by gravity itself. The siege army, on the other hand, had less opportunity to shelter from this death from above, which was bad news for its morale. 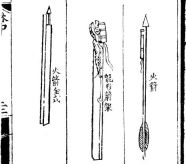 Wait, rockets? In the Middle Ages? That's right. The first reports of rockets being used in battle date back to 1232, the siege of the Kaifeng stronghold. Reportedly, the Chinese defenders sent "fiery arrows" toward the attacking troops, which were not ordinary flaming bolts, but rather projectiles powered by gunpowder. Twenty-six years later, Chinese missiles were about to show up in Europe. In 1379, an improved version of such weapon destroyed a defensive tower at the Battle of Chiozza between Genoa and Venice.