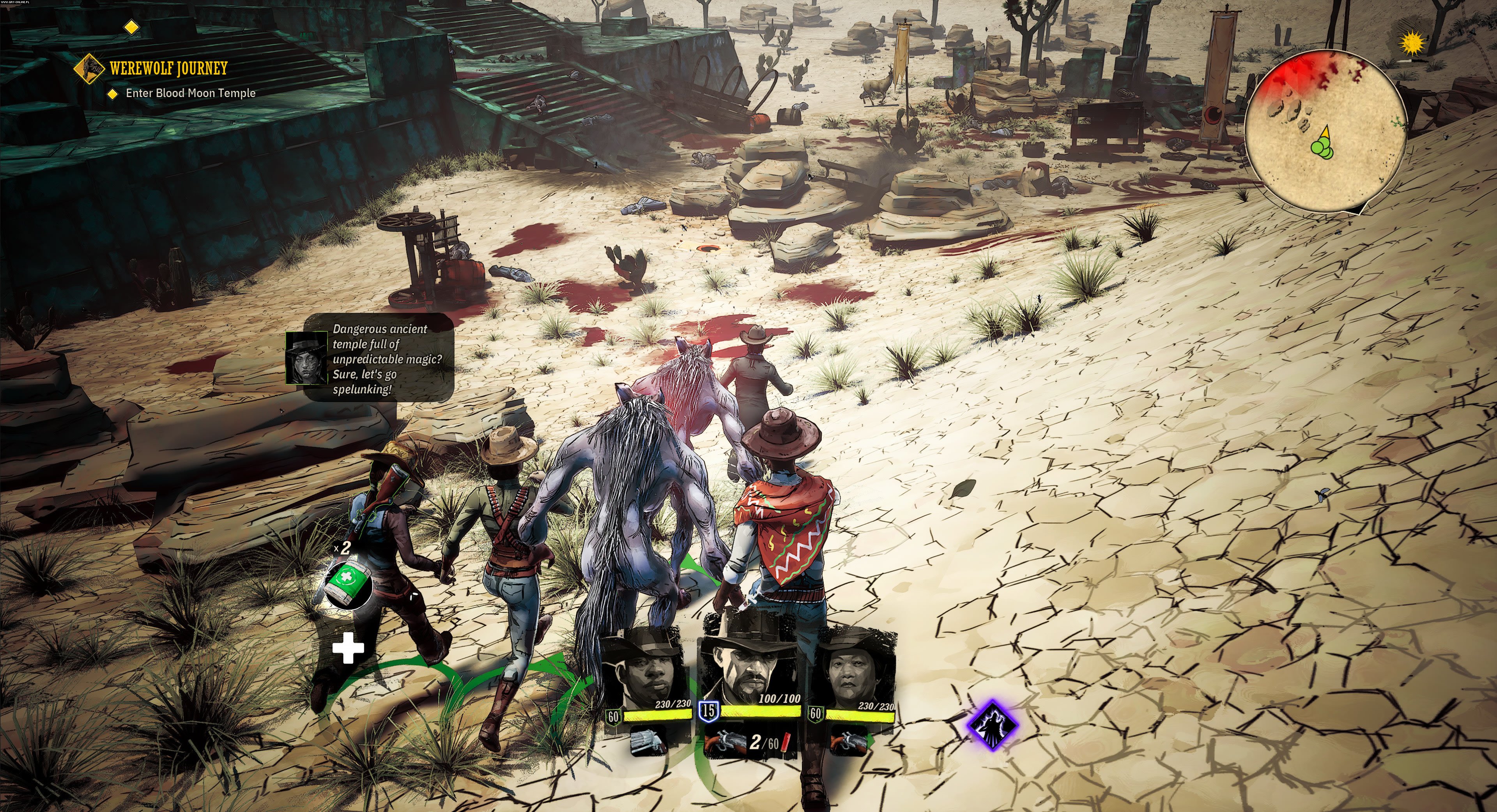 This West is Weird. Weird West is a proposal of the WolfEye studio, consisting of former members of the Arkane team – authors of, i.a., Dishonored. Their game is an isometric immersive sim set in a fantastic version of the Old West. As expected in this genre, we have a great deal of freedom in our approach to gameplay. Everything focuses on completing missions (main and side ones), traversing the world and fighting enemies. These can be hostile people or monsters.

How we deal with them depends on our ingenuity and the way our character is developed. Do you want to fight using revolvers? Can't see why not. If you ever get bored with that, you will be able to use exceptional powers – lightning strikes and superhuman strength, among others. In addition, you can also take advantage of the environment – for example by setting oil spillage afire or casting barrels of gunpowder at your enemies. There are plenty of options.

The plot is also interesting, as it neatly combines the threads of five unusual heroes. The story is shaped by our choices, which should satisfy people who value discovering new versions of events. The style of the game also influences the nature of the world itself. As we're rather wicked, killing everyone as we see fit, we will have to flee the law enforcement officers and even face the lynching of the townspeople. Also, if we killed everyone in a given place, ghosts will remain. It sounds interesting, and it truly is.