Despite a rough start, Kingdom Come: Deliverance, released last year, turned out a real hit. This inaccessible, at times quite clumsy game had so much alluring realism, a great story, interesting missions and, above all, a wonderfully designed world that made the creators from Warhorse studio the rising stars of the European game dev in an instant. Fortunately, they haven't turned into mamsy-pamsy rockstars yet, and Tobias Stolz-Zwilling, one of the faces of the project, found a moment during gamescom to tell us about the future of the genre of historical RPGs, the compromises between realism and playability, and technical challenges he and his colleagues had to overcome. We also asked a few questions from fans who desperately wanted to learn about the easter eggs, possible expansions, and why the hell are dogs in the game if you can't pet them. 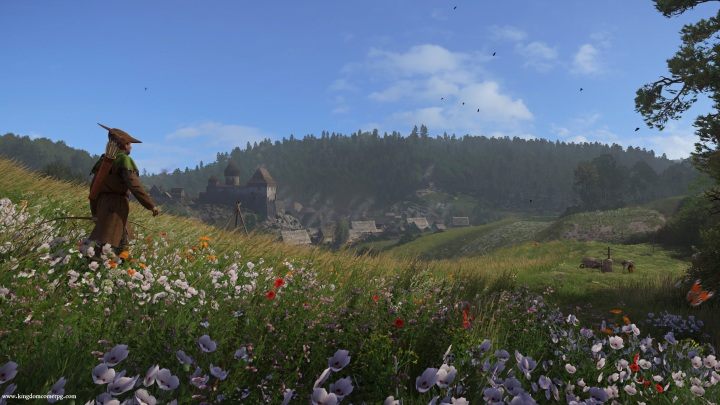 During the conversation I, unsurprisingly, tried to ask about a possible follow-up  it's an open secret that Warhorse will not abandon such a well-known and warmly received franchise  but Tobias kept his mouth shut, and every sentence containing the word "sequel" severely impeded his ability to understand human speech. However, he's obviously just beating around the bush  we know that Kingdom Come: Deliverance 2 will eventually come to existence (and it's very, very likely that it's actually being developed right now), and he knows perfectly well that we know. Anyway, if you are expecting an official announcement of the sequel, you'll have to exert more patience.

Jakub Mirowski: Do you think that the success of Kingdom Come: Deliverance will affect the major publishers to more eagerly finance historical RPGs like this?

Tobias Stolz-Zwilling, PR manager at Warhorse: I would like to think yes, but publishers are usually very slow in their changing. So before they actually take a new course, many things need to happen. But then, our project was very successful, and hopefully, other studios, or other people or publishers, will be motivated by that. So I would love to think yes.

If could change one thing in KCD, what would it be?

The amount of bugs. That's a tricky thing  because of the Kickstarter thing, we had to give a set release date  it's just a rule of Kickstarter. And then, during the development, we found that things were way more complicated than we initially thought. So we changed the release date I think three times, and in the end, there was no way we could push it any further. So if I could change anything, I wouldnt announce the release date so early, and take more time.

And whats your favorite moment in the game?

Well my favorite moment is a spoiler so I cannot say this one. What I like in general is the building of quests, because all of them are unique. So my favorite moment is pretty much the quest with father Godwin. When you meet in the pub and then it goes downhill. I like the fact that most of the quests are really unique. If you remember, theres a quest where you have to lock pick a horse because there were women in the forest, and they did some hocus-pocus on you, and then all of a sudden theyre not women any more, but you see animals. So there's really creative writing and I love that.

And what about the favorite and the hardest part of the development?

Recording of the fighting. I love the moments when we had the fighters in the motion capture sessions, because it was really cool to see them in action. The people who did our combat were really well-trained sportsmen. So it was very cool to see and to understand how the motion capture works. And the second. Favorite part for me was probably gamescom in general, because I, as a half German guy, have the chance to meet many journalists and many fans of Kingdom Come, and I think the game was the strongest in Germany. Not in absolute numbers, but in percentual. So here we have many fans who recognize me and want high five and selfies. A guy from Nintendo knows me and we have friends and so on... This is cool and this is what I like a lot about this game industry and game development. So, my favorite part was meeting the people and recording the combat system. 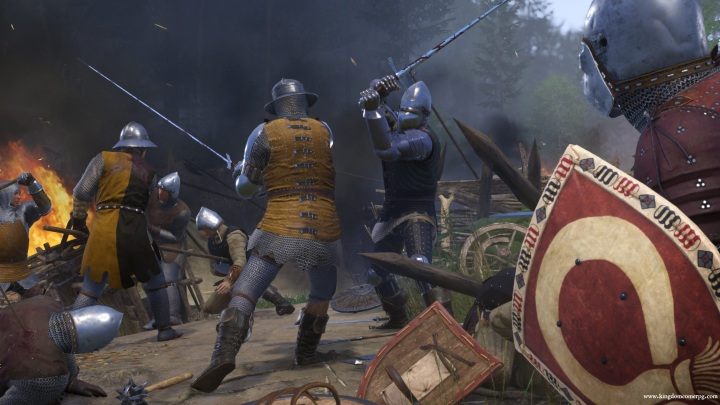 And the hardest part?

Telling when we screwed up. You need to see it in a way that doesn't make people angry, but you also need to tell the truth. Its not easy saying Unfortunately, guys, we need to postpone the game. This communication part for me was the hardest thing  just not to upset people. And then, from development perspective, the hardest part was to get many NPCs on one screen. We had big ambitions, and our Kickstarter said large scale-battles and hundreds of soldiers. And when we tried doing that in the CryEngine  impossible  frame rate plummeted down. There was a time we couldn't have more than six characters on each street, it was like That's impossible, we cannot do this. We need more. And then we had to try and come up with fakes. Have some NPCs who just had to be there, but had nothing to do. It was very hard to use the CryEngine in this type of a game.

Are you going to use the same engine for the potential sequel?

We're not planning to change anything  simply because we made so many tools and so many things with the engine, adjusted it. It was never used for any RPGs before we did it. We did so much with the engine that we are afraid that changing it would mean starting from the beginning. And if you think of how long we needed to make the engine work for KCD before we could just start to... work with it  just too long. And hope on a good cooperation with CryTech. 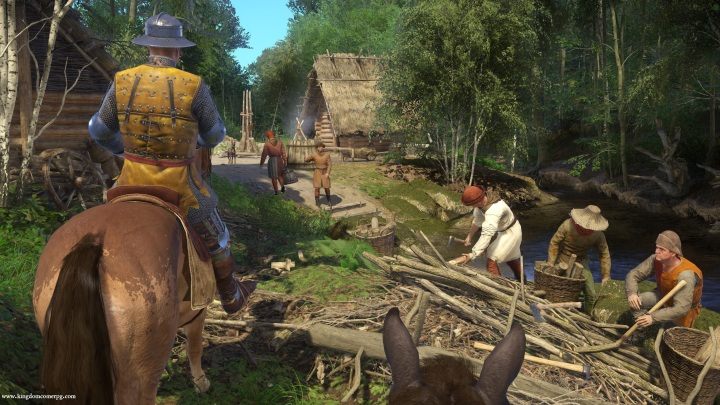 Any cut element from the final game that you really regret giving up?

With the DLCs, we were able to finally put everything back. So for example, playing the women was something we had to scratch very early. And when we promised that at our Kickstarter. So we just had to put it back at some point. Another thing which kind of hurts is the mounted combat. You can fight on a horse, but it's very rough. We wanted to have cavalry troops and sophisticated combat  like the sword-fighting we know already something similar, but on a horse. Unfortunately we werent able to. And the second big thing I personally regret a lot is blacksmithing, which also had to be binned.