Today, players can pick and choose from a plethora of valuable free-to-play titles with a variety of styles and mechanics. There are so much games available, in fact, that you would be forgiven for having a hard time making up your mind. That's why we decided it would be a good idea to compile a list of the best free-to-play shooters. We compiled the list so that it was really diverse – in order to accommodate all tastes.

2021 brought a lot of changes when it comes to free shooters, which was reflected in our ranking. We dropped two items from the list. Black Squad , because it is already slowly dying, and it does not offer anything that cannot be found in a better form in other productions. We also saddenedly say goodbye to Quake Champions , as the player population is shrinking month by month and game development has come to a halt.

We have added the old, but still surprisingly springy, Deceit and two new products in the form of Splitgate and Halo Infinite .

When creating this list, we took into account tens of thousands of your votes (incl. from the poll under the text, but also from the vote on the tvgry channel), we also asked the editors and associates of GRYOnline.pl for their opinions. In 2019, then in 2020, and now also in 2021, we repeated the editorial consultations, after which we added more productions, changed the order of the titles on the list and removed some items.

Of course, as is usually the case with similar rankings, this one cannot be considered complete in any way. So if you have your favorites that we have omitted, mention them in the comments and write down why you think they are worth reading.

DECEIT IN A NUTSHELL

We begin with Deceit. The game was released in 2017 and has never been a huge hit, but it has a devoted fanbase who is filling up the available servers enough that there is no problem finding people willing to play.

This game is held in horror aesthetics. Available maps include a psychiatric hospital, a dark forest, a gloomy mansion or a remote, Arctic facility. In each game, some players are infected with a virus that turns them into monsters. The snag is that healthy people don't know who's been infected. Players have to guess this by observing other participants in the game, e.g. by seeing if they are devouring blood bags. From time to time the light on the maps goes out – then, the infected can take their real form and proceed with the slaughter. 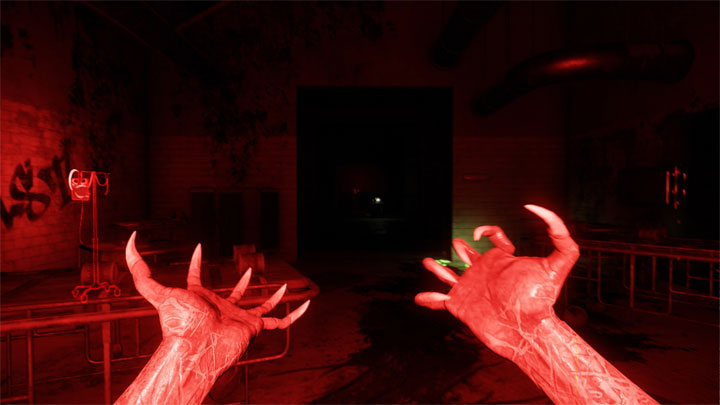 Such solutions make the gameplay quite paranoid. Players constantly suspect each other and innocent people are often executed. If all this sounds familiar, it is for a reason – this type of mechanics have recently surged in popularity with games like Among Us. However, Deceit was released over a year before the premiere of that smash hit.

It was not the only game of this type. In 2016, Unfortunate Spacemen was released, and it was based on a similar premise. We would like to recommend this game because it is delicious, but we cannot do it because the player population has dropped to unplayable regions – 100 concurrent players is the best this game can get on any day, if you're lucky. That's why we recommend Deceit, as many people still play this game and you will have no problems finding company willing to play.

It is worth adding that last year, this production was thoroughly refreshed, but not everyone liked the changes. Fortunately, the creators not only introduced many necessary corrections in the following months, but also made a Legacy mode available for people who prefer the old formula.

Deceit is a game for you if: