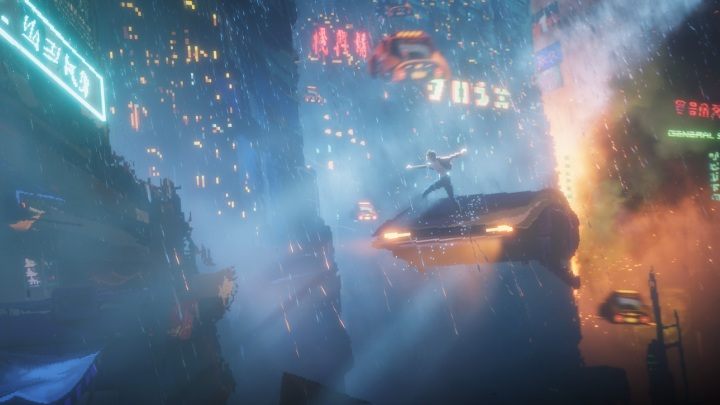 The world first heard about the Last Night in March 2014, when a short prototype, developed over the period of six days, won a Cyberpunk Jam event. Three years later, a beautiful trailer for the commercial version of the game was shown at E3, in an incredibly glamorous style combining pixel art aesthetics with contemporary particle effects and lighting. Although the almost half-a-year-long silence on the part of the Odd Tales studio working on this title is worrying, we hope that the game will eventually reach to store shelves.

In terms of mechanics, The Last Night is intended to be a heavily story-driven platformer with action set in a futuristic world. During the game, players will explore an open city divided into four districts, perform nonlinear tasks assigned by independent characters, interact with them, and, in life-threatening situations, escape or resort to using firearms. The prototype of this game can still be played for free through its official website.