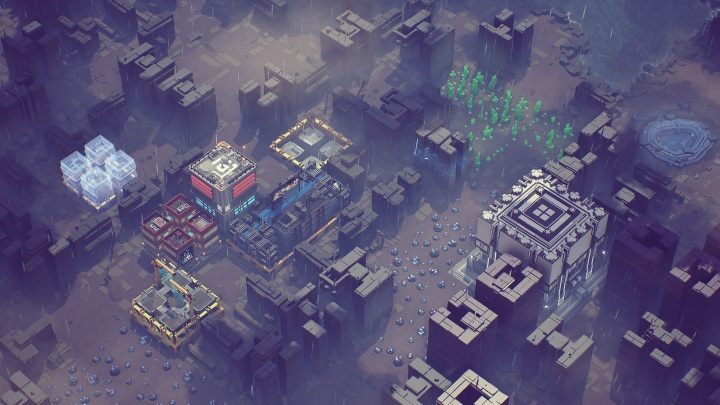 As a rule, in cyberpunk games, our top goal is to fight against corporations that control big cities and exploit people. Industries of Titan will reverse these roles and allow players to become the administrator of a city located on one of Saturn's moons. Starting with a few basic buildings and gradually adding more factories and other structures to them, we will create a powerful megametropolis from the darkest science fiction dystopias.

The key to success will lie in balancing the citizens' needs with cost optimisation, so that no one can think of either a coasting or a fight for a better life. With all this, we will not be able to forget about the competing companies that will not back down from using force to weaken our position. For this reason, the military aspect will play an equally important role in Industries of Titan  with the help of self-constructed ships, we will both defend our possessions and conduct a counteroffensive.

I tested an early version of this game available on Epic. At the moment it is a L20 demo that is enough for two or three hours of fun. Many gameplay elements are missing here, but ... the world already shown in this production delights and terrifies at the same time. It's a game in which players either brainwash their citizens to turn them into obedient workers or make them watch ads endlessly to earn money. And just to make it more interesting, we get our own citizens by buying ships with immigrants. When a new spaceship arrives at the spaceport, it can be purchased with cargo and passengers.