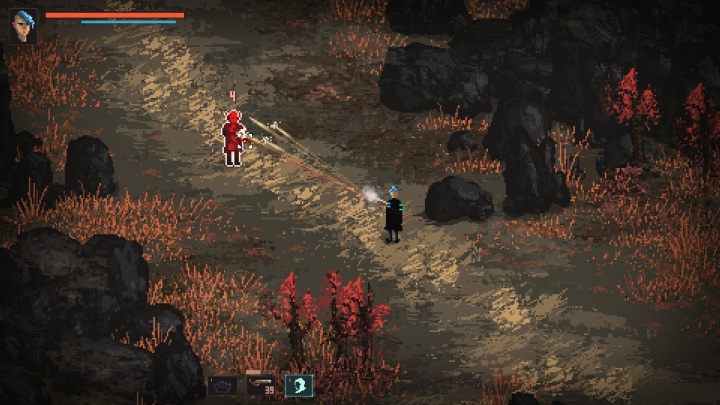 At first glance, Death Trash brings to mind the post-apocalyptic vibe of Fallout games rather than Cyberpunk, but after taking a closer look it turns out to be able to combine both these trends of science fiction. The title takes us on a journey to the conflict-torn planet of Tauris V, where echoes of the devastating Great War still resonate across the globe.

Death Trash is a post-apocalyptic role-playing game with a heavy Cyberpunk injection, humanism as well as trans-humanism at its heart, drawing inspirations from otherworldly horrors, Death Metal imagery, occasional Monty Python moments and of course Fallout. It has action gameplay and player freedom, a hand-crafted world and world map, singleplayer and local co-op, and what it lacks in size due to being a solo developer project it makes up for in personality.

The action will be shown from the top-down perspective, using two-dimensional pixel-art visuals. As the avatar they create, players will explore dark locations, develop statistics, and perform tasks commissioned by rich independent characters. In real-time combat, one will fight both human and mutant monsters; the creators do not intend to prevent one from killing friendly characters. 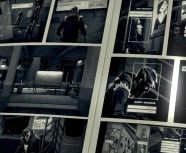 Although the authors of Liberated themselves consider their work to belong to the cyberpunk genre, it does not feature much of the state-of-the-art technology and eye-catching neon lights. It features an exposed surveillance theme, pervasive darkness, and a story stylized as a comic book. In each of the four chapters of the plot, different characters stand on different sides of the barricade of the struggle for individual freedom. The gameplay consists mainly of sneaking between enemy patrols and, when something goes badly wrong, shooting one's way through to the destination. Currently, the game is only available on Switch, and will also appear on other platforms in the future.