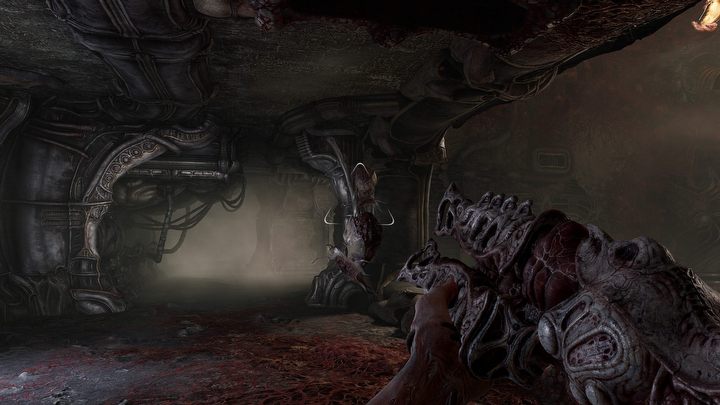 The game Scorn, which has been in production for many years, will finally make debut in 2022. Despite successive delays, the title is still on the radar of horror enthusiasts. Strongly inspired by the work of H. R. Gigers's, this game also drew handfuls from such productions as Penumbra, Amnesia or Soma. Expect a very dense climate, a feeling of constant danger and alienation in a foreign land.

The gameplay will be based on gradual exploration of the world, gaining new skills and solving new puzzles. Developers focused on a unique approach to opponents. As a rule, every creature encountered is hostile to us and only its mood determines whether it wants to kill us on the spot or temporarily ignore us. This opens up many possibilities in creating interesting scenarios during the game.