The Walking Dead was certainly a revolutionary game – it proved that the right weight of moral choices and credible characters are enough to make a game compelling – without shooting, jumping on platforms, or driving a car. But in fact, the history of making difficult choices in games starts much earlier – just mention 1999's King of Dragon Pass. I strongly recommend it, by the way.

What we're attracted to in games is a sense of control. Unlike in most movies and books (save for the few exceptions), video games let us decide what happens next. We do that in basically every game, even if it's just Duke Nukem 3D, and our choice comes down to whether we use a freezer or a flame thrower. That doesn't mean every decision in the game can be called a moral choice. 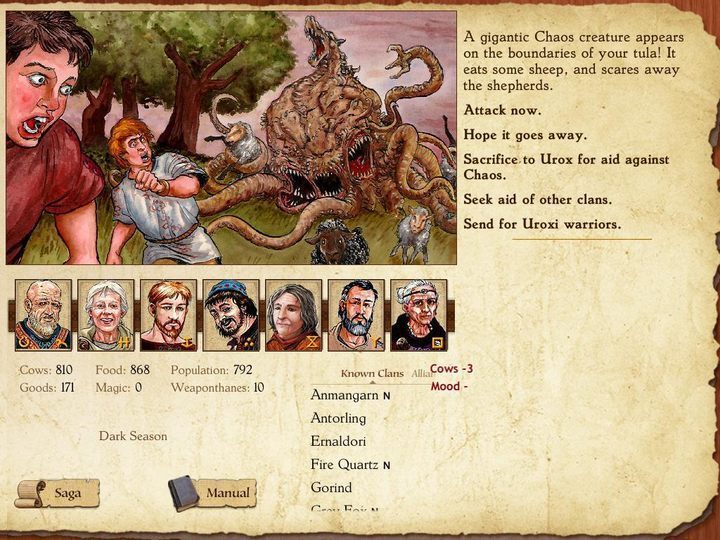 Tough decisions in video games are nothing new.

I'd like to tell you more about them today, but in order for you to get a better sense of the subject, I'll let you make your own decision now.