Colossi in Shadow Of The Colossus 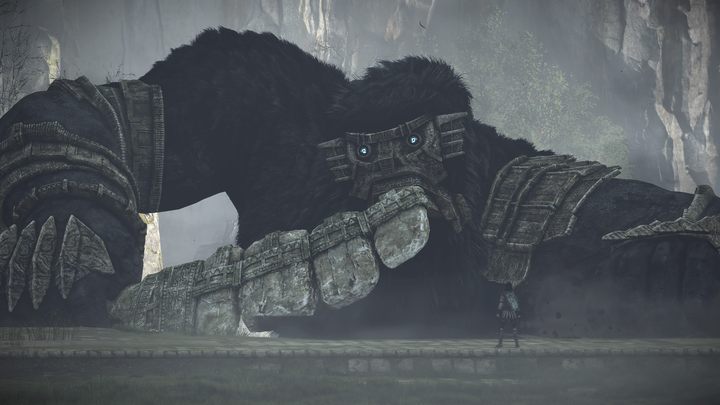 A testament to the true artistic value of Shadow of the Colossus is the fact that even in spectacular clashes with building-sized giants, it is hard not to feel a certain inner conflict. And because the entire gameplay is based on duels with Colossi, the player is constantly torn. On the one hand, we realize that killing 16 Giants is essential to completing the mission, and on the other hand, the designers of the Japanese Team Ico have done absolutely everything to make us not feel too comfortable with it.

The environment has its huge share in it as well. The Forbidden Lands are deserted, though the ubiquitous ruins make it clear that this was not always the case, and the sight of Colossi traversing the world seems to be the last manifestation of life in this nearly dead world. Killing them is in a way the completion of the doomsday work, to which we consciously put a match. After all, the game makes us realize that thinking about ourselves in terms of the hero is wrong here: after a spectacular crash with the accompaniment of warring music, the soundtrack suddenly takes on almost mournful tones, a powerful creature slowly falls to the ground, and the protagonist is pierced by beams of dark energy.

Even if everyone else says otherwise, Colossi's eyes seem oblivious and devoid of any evil intent. This is complemented by perhaps the most important element: the Colossi do not look or behave like typical game opponents. Some of them don't attack the player unprovoked – it's only when one jumps on their backs and start hurting them that they try to knock us out like an annoying insect. Their design bears no resemblance to other great monsters: giant bodies made of stone, leather, and fur are grotesque rather than terrifying, and the round eyes express not aggression but indifference to our presence. By knocking them down, we are destroying the remnants of the spirit of the Forbidden Lands, and while it may seem like we are doing this for a noble purpose, it is hard to shake the guilt and awareness that we are not a brave hero in this story, but a harbinger of doom.