Thanks to the above parameters, the platform will be able to support ray tracking, a technology previously only used on the most powerful PCs, and to display games in 8K resolution. We will also receive support for the so-called primitive shaders (a mesh shaders-like feature supported by graphics cards from the Turing family, and in the future also by AMD chips based on the RDNA 2 architecture).

What's more, Sony's hardware is supposed to draw the same amount of power at all times and use modern technology to adjust processor and GPU clocks based on a set limit. The result of all of these technologies working together, combined with the SSD (more about that below) should bring some excellent performance  likely higher than the specification suggests. At the same time, PS5 is intended as a power efficient console that won't be reaching high temperatures. 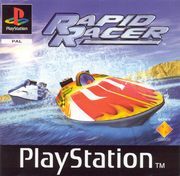 There's absolutely nothing preventing a console from displaying an image in 60fps. Even the first PlayStation was able to deliver that (some games on PSX run in 60 frames, for example Rapid Racer from 1997). Game developers have to decide when developing games how to utilize the limited power capabilities of the consoles, and must make certain compromises. On the one side of the spectrum, we have games that run as smoothly as possible; on the other, stunning graphics quality. Technically, this can be done, but the consensus among publishers is that it's spectacular graphics that can sell the game, rather than 60 frames of animation. It is very possible that many titles on the PS5 will still work at 30 frames per second, but they'll offer much better graphics than if they'd run in 60fps.

Hell of a fast SSD

While in terms of CPU and GPU performance, PlayStation 5 gives way to the slightly superior Xbox Series X (at least on paper), there are two areas where it has an edge over it. The first is an incredibly fast SSD, with nearly twice as much bandwidth as the solution used in the XSX. The device, along with the chip that manages it (called the controller), is deeply integrated with the rest of the platform, likely the most impressive element of its specification. Many experts point out that both the quality of the disk and the way the console will utilize it can mean a real breakthrough, changing the way games are designed. Indeed, the possible elimination of most, if not all, loading screens is an unparalleled revolution.

The changes also affect the very operation of the console. The data is expected to be read much faster, which means that creating multiple copies of the same file will no longer be necessary to streamline data throughput. This will also reduce the size of the games, but will also allow to install only certain portions of the games  for example, a single-player or multi-player modules  allowing to better manage the available memory. In addition, the user interface will be expanded to inform you about current online games or missions with special rewards in specific productions.

It is also worth noting that the SSD in PlayStation 5 is supposed to be replacable  users will be able to use certain models based on the PCIe 4.0 standard, provided they meet the specifications. The console is also supposed to support external media (of course, we can't count on comparable speed here).

The second unique thing to the PS5 is the use of a dedicated sound processor, called the Tempest Engine. This System is designed to allow the use of several hundred different, high-quality sources of sound, and to determine their location relative to the listener, thanks to a function called Head-Related Transfer Function (the console will even allow you to tailor the sound to the characteristics of our hearing system). As a result, we should get a sound experience that we never even dreamed of  of course, provided we have high-quality headphones. Over time, support for Surround systems is also expected to emerge.