The premiere of the PlayStation 5 has just been confirmed  the console will appear at the end of 2020. We used to wonder whether the PS4 already needs a successor. It seemed then that most of you would rather wait for the release of the PS5 a bit longer  either way, it's coming. The new console will traditionally bring even more computing power, which means better-looking games and new features, but there will also be backward compatibility with PS4, and of course a fresh set of games. And for now, we want to focus on the latter, and pipe dream about the games we're looking forward to the most on the upcoming PlayStation 5. 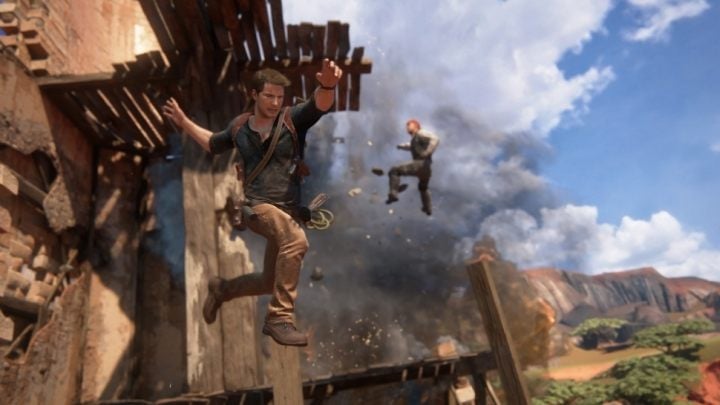 Nathan's story is over, but that doesn't necessarily mean the end of the franchise.

Chances of a PS5 release: rather slim

Since 1996 Crash Bandicoot, Naughty Dog has become a synonym of good quality. The studio has been giving us hit after hit for over two decades. The released four installments of Crash Bandicoot on the first PS, and after PlayStation 2 was launched, the developers dedicated entirely to the Jak & Dexter series. Only during the PlayStation 3 generation did Naughty Dog manage to break the tradition and, besides a new series  Uncharted  they also gave us the phenomenal The Last of Us.

When PlayStation 4 came, instead of creating a new brand, the Santa Monica studio continued the two series with Uncharted 4 and The Last of Us II. Will Naughty Dog still be releasing sequels on the PS5? Given the reception of A Thief's End, the continuation of the series is certainly tempting for the authors.

The fifth part of Uncharted, if it ever comes to it, will most likely not allow us to play as Nathan Drake. The story of the protagonist got a great conclusion in A Thief's End, and trying to tell anymore stories about the man would only lessen the impact it had. This doesn't mean we'll never see Nathan, though  the swashbuckler could make a guest appearance in an episode of a new series, or be a supporting character, the same way Sully used to be for him. The new game could also focus on one of the secondary characters we've met  The Lost Legacy proved that these figures also can handle the plot. And finally, this would be a good occasion to pass the baton to the next generation.

In terms of mechanics, Uncharted 5 would probably push the mechanics it experimented with in the two last games even further. That would mean more open locations, in which we could complete quests as we saw fit, and maybe also engage in some simple crafting. It would be great to have an open world again, a single, big map, but then some players probably expect a more cinematic and linear experience. It would be nice if more attention was given to exploration and puzzles, limiting shooting to a reasonable minimum. 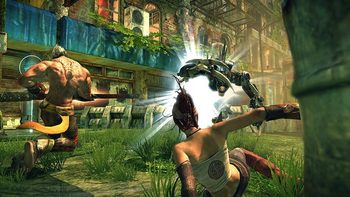 Enslaved: Odyssey to the West was one of the most underrated games on PlayStation 3. Incredibly colorful post-apocalyptic world, excellent plot and solid gameplay mechanics impressed the reviewers, but did not achieve the sales results that would please the publisher, forcing Ninja Theory to look for another path to glory. This led them to creating the awe-inspiring Hellblade: Senua's Sacrifice and brought about a significant reduction of the personnel (and therefore  of costs), while ensuring high quality of the game. This formula could also be perfect for the adventures of Monkey and Trip. However, since Microsoft bought over Ninja Theory, the chances of a sequel to Enslaved coming for the PS5 are rahter poor. On the second though, Ninja Theory might be much better off creating ambitious and engaged games.