2020 will give us a rather modest welcome. January will not bring many high-profile premieres – this month is mostly dominated by big expansions to the hits of the previous years: Monster Hunter: World, Spintires, or Ark: Survival Evolved. There will be several reissues of cult classics, including Warcraft III: Reforged, as well as interesting independent productions.

In the previous and last edition of the contest, the weak user's comment won. 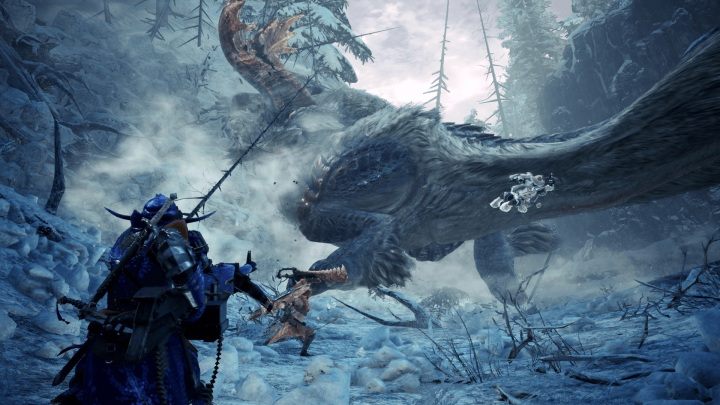 This is a great addition to the well-received Japanese RPG Monster Hunter: World, in which we, as the eponymous hunter, prepared, explored, and finally hunted extremely dangerous animals. While the action of the main game took place mainly in tropics, the expansion will take players to much darker areas.

What will the Iceborne expansion add to MHW?

This expansion is almost as big as the core game itself. Monster hunters will get access to a location that was locked – the Hoarfrost Reach, offering new monsters and new stories. The new creatures will include a cross between a bison and a ram, Banbaro, Baotous, a wyvern floating in the snow, or the mighty ice dragon Velkhan able to freeze everything with its breath. New enemies will require new strategies and the use of previously unavailable tools.