Darksiders Genesis is a prequel to the Darksiders series, developed by Airship Syndicate. The team was responsible for the development of Battle Chasers: Nighwar, and its members include the devs of the first two installments of the series. The title is a representative of the hack'n'slash genre and was published by THQ Nordic, the company responsible for the franchise.

The action of Darksiders Genesis is set before the events presented in the first installment of the series. The Council, taking care of balance in the world, gave the Horsemen of the Apocalypse great powers, but in return they were to murder the remaining Nephilims (descendants of angels and demons), which led to a bloody battle in Eden. Two of them, War and Strife, were given another task after the order was carried out. This time, their goal is to hunt down demonic masters appointed by Lucifer and stop the demonic ruler from disrupting the balance forever.

In Darksiders Genesis, the action was shown from bird's eye view. During the game, we travel through atmospheric locations, fight hordes of opponents, and overcome various obstacles. As we progress, we're gaining more and more powerful equipment and upgrading existing gear, as well as developing protagonists' skills. It should be noted that heroes differ not only in appearance and character but also in fighting style. While War prefers to eliminate enemies with melee weapons, Strife kills adversaries from a safe distance with two guns.

Darksiders Genesis can be played solo (in which case we can switch seamlessly between heroes) or in multiplayer mode (via the Internet or on a common screen).

Darksiders Genesis features colorful three-dimensional visuals maintained in cartoonish style known from previous games. The pace of the game is intensified by the dynamic soundtrack.

The Last Kids on Earth and the Staff of Doom

Darksiders Genesis Guide is a compendium of knowledge about this game. Our publication contains extensive advice on game mechanics, puzzles and dueling with bosses. There's also a FAQ section and an appendix with system requirements and controls. 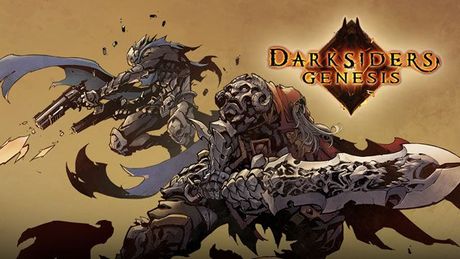 The first information about the new game from THQ Nordic and Airship Syndicate embedded set in the Darksiders universe appeared on the Internet. The spin-off of the series turned out to be a hack'n'slash game.

Thanks to the E3 2019 event plan, we learned that we will see the announcement of the fourth installment of the Darksiders series. A panel on the franchise will take place on the evening of June 13.

THQ Nordic company almost 25 minutes of gameplay from Darksiders Genesis, a spin-off to the Darksiders series, which was announced a few days ago. The material focuses primarily on combat against hordes of opponents.

THQ Nordic shared some facts about Darksiders: The Forbidden Land, which is part of the most expensive Darksiders Genesis edition. Players will have an adventure with the participation of all four riders of the Apocalypse.