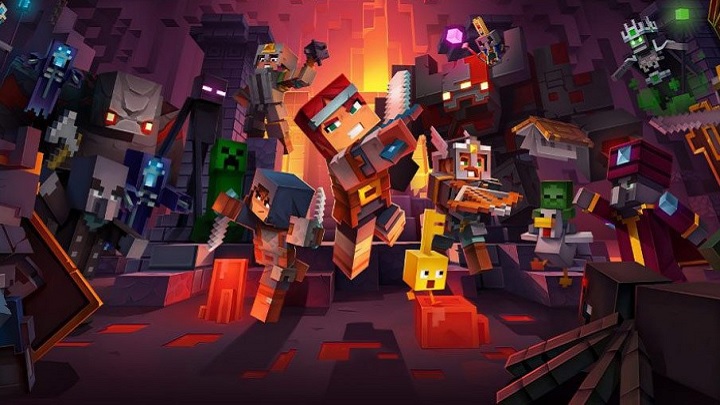 What is Minecraft: Dungeons?

Minecraft: Dungeons is a spin-off of the iconic Minecraft prepared in the hack'n'slash convention. Players take on the role of heroes who have to face the Arch-Illager threatening their village. To this end, we travel through procedurally-generated locations full of traps and hordes of illagers to finally face the Heart of Nether and defeat the main antagonist. During the adventure, we equip our characters with standard RPG equipment – various types of weapons, armor or amulets – acquired during expeditions or purchased from special sellers. The combat is very arcade-based and can actually get pretty difficult – there's a lot to digest in this ostensibly simple game.

Minecraft: Dungeons is a straightforward game. Fans of the hack'n'slash genre will not find an epic challenge here, but who said every game needs that? The game is designed for up to four people, which allows you to invite several friends. The game doesn't require all of your attention for most of the time, so talking to friends should not interfere with completing the missions.