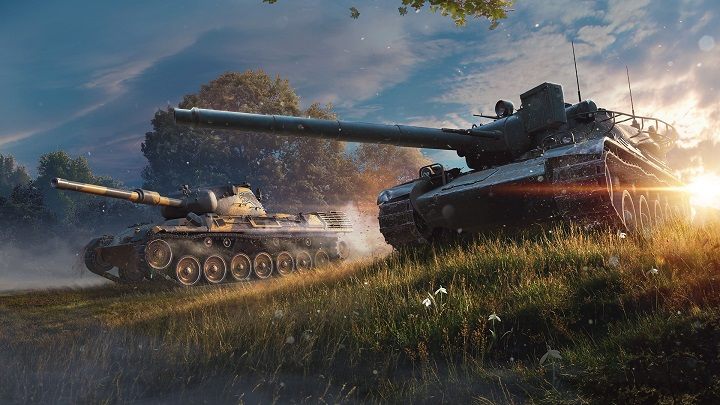 What is World of Tanks?

World of Tanks is a network action game using a free-to-play model in which players drive armored vehicles. Battles occur as short mini-campaigns, tournaments, or single-player battles in several available game modes. This production offers several hundred tanks and armored vehicles belonging to various historical periods with an emphasis on the first half of the 20th century. With more hours spent in the game, we can unlock all the best vehicles and their improvements.

At first glance, it would seem that World of Tanks does not quite fit this list. The fast, online shooters and action games usually require your full attention, which most of the time isn't really compatible with chatting to your friends about stuff. You need to plan ahead and act swiftly. It's a little different with WoT. Maps are large, and tanks are racing cars, so there's usually plenty of time in-between the battles. Which offers plenty of room for bantering with friends. On top of that, winning games together is much more satisfying.