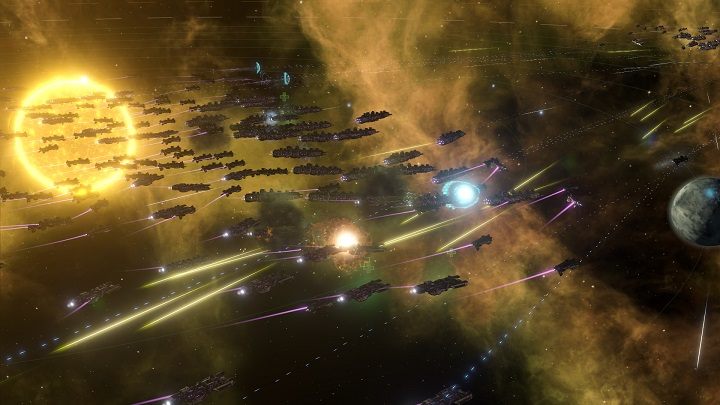 What exactly is Stellaris?

Stellaris is a grand strategy game, emphasizing exploration of the galaxy and creating your own interplanetary empire. The player's task is the conquest of the galaxy by developing the chosen race and using diplomacy (including aggressive) in relations with other civilizations.

In addition to the extensive single-player mode, Stellaris also offers multiplayer gameplay, allowing us to challenge our friends in battle, or conquer the galaxy together. In both cases, the pillars of gameplay don't change – we still need to try to efficiently develop our empire and capture new parts of the galaxy. This game isn't easy, but it fortunately allows you to change its speed, or completely pause it. This both grants you more control, and allows you to take breaks at will.

The gameplay in Stellaris takes a lot of time, so it makes sense to find someone to talk to during those long hours of conversation easier.