One of the previous Hogwarts headmasters 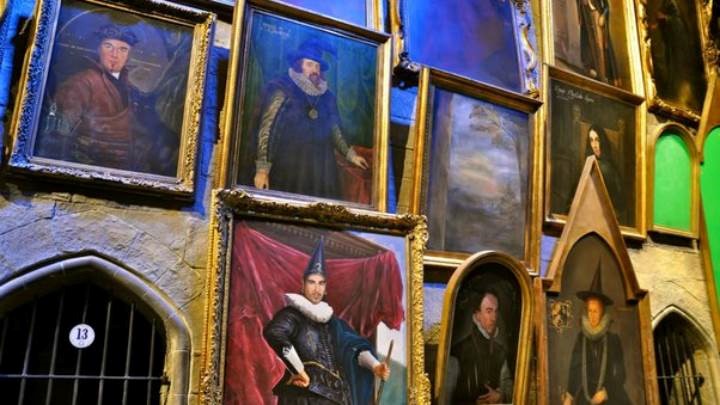 After the death of Eupraxia Mole, the headmaster who was mostly remembered for making a pact with Peeves (the poltergeist could take stale tossing bread from the kitchen, bathe in the boys' bathroom once a month and received Madame Bonhabille's hat), Hogwarts got a new boss, Quentin Trimble. When exactly did this happen? Certainly between 1876 and 1925.

During this period, there were as many as 9 different headmasters! Considering the average life expectancy of wizards, that's really a lot. Suffice it to say that the next man in line, Armando Dippet, only began to hold his position after his 300th birthday. It's quite possible that he will also appear in the game.

In Potter's time, former directors embellished the backgrounds with their presence in portraits, which allowed them to gain symbolic immortality and advise the living teachers and students from beyond the grave. However, not all of them did it willingly. Nigellus Black was very distanced from the students, to put it mildly, and Quentin Trimble was very enthusiastic about Voldemort's victory, for example. The latest game will be an opportunity to show former headmasters when they were still alive. All of them? At least one of them will certainly appear in Hogwarts Legacy. The presence of the others will depend on the imagination of the creators.

To be completely frank, I rarely enjoyed the film adaptations of Rowling's books (apart from The Prisoner of Azkaban directed by Alfonso Cuaron, that was something else). I always thought the best that could happen to this universe was a beefed-up RPG. The crucial fat there, however, was that the player would need to make meaningful decisions, which mean such game couldn't be set in Potter's time at school. When it was finally announced that a project of exactly this kind was in the works, I was absolutely thrilled. Since then, I have been following the news of the game regularly, hoping to see one or more of my favorites. Or a dozen.