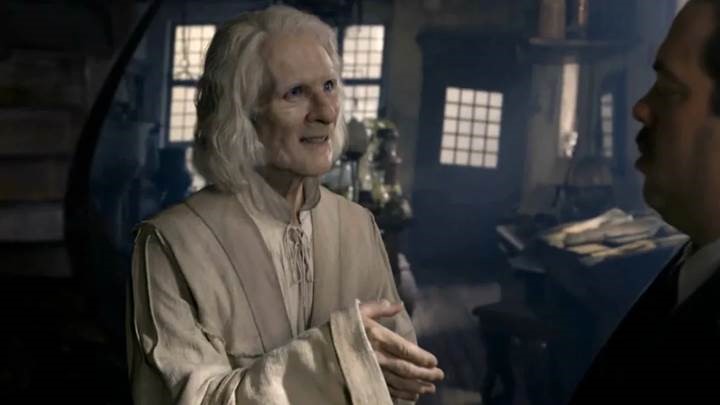 Nicolas Flamel wasn't the oldest person in the Harry Potter universe. However, he was the only one who managed to get the philosopher's stone and, thanks to its power, gained immortality. He could also use it to turn any metal into gold. It's unknown whether he took this opportunity to obtain infinite wealth. But he certainly had the power to do so.

In 1890, he was, like his wife, with whom he shared the secret of immortality, in a veeery old age. Importantly, the philosopher's stone didn't ensure eternal youth. So the Flamels, although immortal, were trapped in very old bodies.

In the film Harry Potter and the Philosopher's Stone, the role of the legendary alchemist was not very extensive. Rowling herself, however, considers him a significant figure in the context of the lore. Apparently, Flamel had a dream once, explaining in detail how to obtain the legendary artifact. However, can knowledge about it seem important from the perspective of the new game? Well, not really. If someone had managed to uncover this mistery, it would probably also be present in the books. The Philosopher's Stone and Flamel himself (along his wife) are unlikely to be key figures of the events. But a short episode with their participation is quite likely.