My quarantine is powered by online games. My friends convinced me to play three games: For Honor, Overwatch and League of Legends. The first game was completely new to me; the second has thus far devoured about 150 hours of my time, and the third one I've been playing for over ten years now  I have really seen a lot in the popular MOBA from Riot Games. But what am I getting at? Well, over the past month, I've dealt with such an avalanche of toxicity that I thought it apt to scribble a few simple tips for avoiding misunderstandings and not be an arse.

I'm no psychologist  not unless my extensive experience of online games and MMO makes me one. I realize that toxicity and grief are 'part of the game' and they're simply unavoidable. Players and situations like that will appear sooner or later.

By the way: if you're looking for online games with civilized communities, check out our list of games with the friendliest communities. So, here's an advice that might help make the online matches less salty. All within a simple rule: don't be an arse.

If you know any protips on how to deal with toxic players or how not to be the you-know-who of online games, share them with us in the comments. Do you have any of your tricks based on experience? Do you know a method that simply works?

Roses are red, violets are blue

A simple "Hi" before the game can mean a world of difference when it comes to attitude. You don't even have to say it through a microphone, and no one should force you to use it. Do note, however, that a mic is mostly imperative in competitive playing. Saying hi is also a good way to quickly evaluate the team you've ended up in. 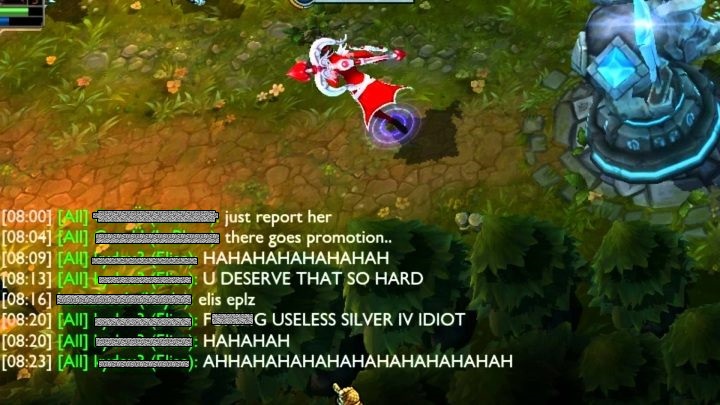 Example toxicity from League of Legends.

Another important thing is positive feedback. Use simple acronyms like "ty" (thank you), or gj "good job." These simple acts are really powerful. Why keep complaining? Try to be understanding as much as you can  not everyone is a born pro gamer, and then games generally mix newcomers and veterans. It can be frustrating, but giving a few tips to a noob is another simple, yet rewarding and helpful act.

Don't ever engage in verbal conflicts  it's never worth it. Indifference and stoicism is the true key to a happy online gaming experience. To paraphrase Warlord Okeer from Mass Effect 2: "The greatest insult an enemy can suffer is to be ignored." Getting wound up over some fool from the other end of the globe is perhaps the most effective way to ruin the experience, much worse than bugs and glitches. On top of that, it is contagious: in the next round, you might end up the angry one  don't take that train.

English  do you speak it?

Like or hate it, the English language is the lingua franca of the Internet. It's the most spoken language on the planet. I know, you might have a team of friends and you communicate in Spanish, Italian, French or Russian, but at least spare a few words for the rest of the team. 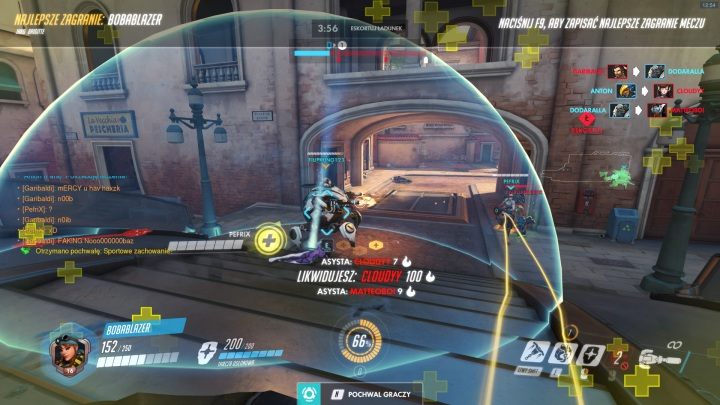 Don't kill enemies playing as Mercy in Overwatch, because this is how it usually ends.

Again, show understanding and, if possible, use English. Also: insulting someone in a language they don't understand is just weak. Like insulting people in general. And it's absolutely futile. In For Honor, one guy once ended up trying to spoil my game so much that his team basically lost a player. By the way, as concerns acronyms  watch out. The popular "gg" mostly means "good game," but I saw it sometimes confused with "get good." It's not your job to interpret your own words for other people, but it's just something to know.