It would be a truism to say that multiplayer games are governed by a specific set of rules. Most notably, we're playing against live opponents. Now, there's a lot of people playing video games, and so it's not surprising that the experiences with particular games can be far from pleasant. The communities of some games have long been considered, which often discourages new players from trying the game.

In the review below, we present you the online games that are considered free of malice, vulgarity, and general filth. Keep in mind, however, that there is no genuine "be nice" indicator, so it is difficult to clearly identify games, in which players are friendliest to each other. In addition, black sheep can be found anywhere. Therefore, this list is for reference only. The very order of the games here is also mostly random and should not be considered as significant.

However, you should know that there are games out there, where brother does not turn against brother! Here are 11 games agreed to have a nice community, in which chances of getting insulted are minimal!

Do you know a game with great community that would fit in here? Share it in the comments below. Maybe you can help someone find a safe place. 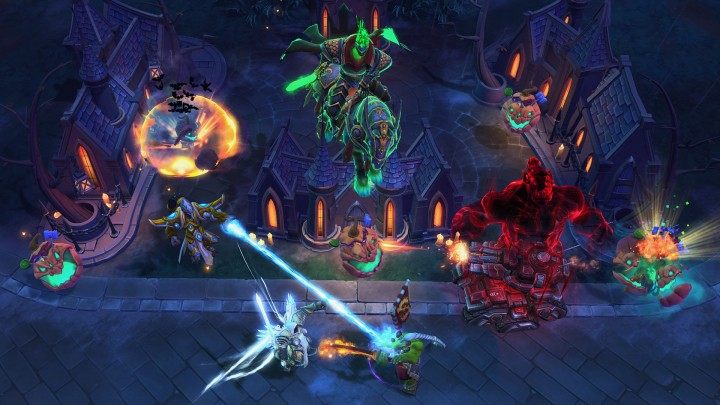 Blizzard's MOBA couldn't beat the competition, League of Legends or Dota 2. However, it stands out from the rest of these games  with the slightly different community, at least by the standards of the genre. However, this doesn't really mean that people who play Heroes of the Storm are just nice.

In this particular case, reducing toxicity depends primarily on Blizzard's systematic solutions. First, the success in the game depends on the cooperation of the entire team, experience points are shared, and it's impossible to "feed" a single character  which is exactly why many people don't like the game as a MOBA. However, in HotS, they work great when it comes to getting players to collaborate.

Another solution is that there's... no global chat. There is no way to communicate with the opposing team, so no one calls you names here. If someone in your own team is toxic, you can easily mute them. This has led to people actually working together. Not being able to give up a match in 15 or 20 minutes and the fairly fast pace of the game (the match usually closes in 25 minutes) mean there's usually no time for ranting.