Perhaps the most ambitious Pokemon game to date, Pokemon Legends: Arceus is looking to make some huge changes to the famous video game series. With only three short trailers and some screenshots to analyze, the fan community is brimming with theories, hopes, and expectations. 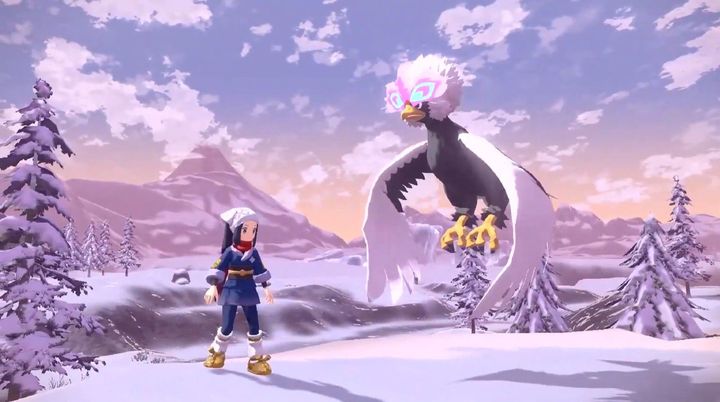 The game is set to take place in the past, long before the modern Pokemon titles. The player will explore the Hisui region, a past version of Sinnoh as seen in the 2006 Pokemon Diamond & Pearl games. Legends: Arceus gameplay will revolve around creating the regions first-ever Pokedex, tasking the player with studying and catching as many Pokemon native to Hisui as possible. But this isnt just the usual gotta catch em all mindset. Different Pokemon will behave and react differently. Normally, Pokemon would appear randomly while the player explored patches of tall grass. But in Legends: Arceus, some Pokemon will actively run away when they see a trainer, forcing the player to flip the script and hide in the tall grass themselves.

One way or another Pokemon Legends: Arceus is going to change a lot about the Pokemon video game franchise. Whether or not it will live up to fans expectations remains to be seen. For now, its fun to theorize what this game might include, so here is a mix of some reasonable theories, along with some theories that are way out there.

Reasonable Theory #1: Noble Pokemon Will Function as the Games HMs

From the very beginning, HMs (or Hidden Machines) have been an integral part of progression in the Pokemon video games. These HMs are attacks or moves that can be used both in and outside of battle. The Surf move allowed players to ride a Pokemon across the water and Cut allowed us to chop down trees blocking the path. In the early games, these moves were so vital to progression that they could not be removed from a Pokemons set of moves without visiting a special, deleter move.

Over time, forcing players to teach these HMs to their Pokemon became a point of contention. This is why, in the most recent Pokemon games, Pokemon Sword & Shield, the players bike could travel across water, and players never encountered trees or rocks that needed to be cut or smashed out of the way. Pokemon Legends: Arceus seems to be returning to another form of HMs used in the Nintendo DS games, Pokemon Sun & Moon: rideable Pokemon. 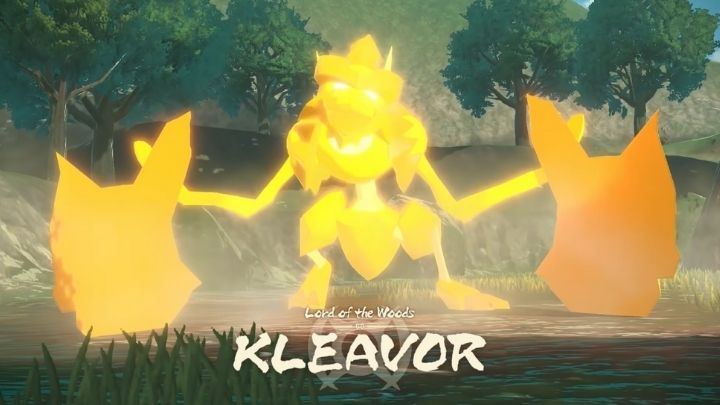 In the most recent trailers, it was revealed that several new Pokemon would appear in Pokemon Legends: Arceus. The player could be seen riding a Wyrdeer across the landscape, a Basculegion through the waterways, and even soaring through the skies with the help of Hisuian Braviary. So of course, it seems that these will effectively take the place of once important HMs like Surf and Fly. But the most recent reveal, the Axe Pokemon Kleavor, only adds to this theory. On the Legends: Arceus website, Kleavors description explains that its habitat is identified by chopped trees. It seems fairly reasonable that Kleavor will become the equivalent of the HM Cut. These Noble Pokemon will serve as tools for progression throughout the game, allowing the player to reach new areas once they recruit the Nobles as allies.

Out There Theory #1: Rock Types Will Be Stronger

With eighteen various Pokemon types available in the games, from the most recent addition of Fairy, to the classic Fire, Water, and Grass, its not hard to understand that not all types are created equal. Rock types have had a rough go of it for some time. The type is tied for the highest number of weaknesses with Grass at five. But perhaps rock types were not always this way.

Since the original Pokemon Red & Blue, a highlight of the games has always been resurrecting the fossil Pokemon. Until the most recent games, all of these ancient Pokemon shared the rock typing. Since nearly all of these fossil Pokemon were rock types, this could mean that at some point in the past, there was an advantage to being a rock type. The one major plothole here could also be that the resurrection process turns them all into rock types, since they are being recreated from fossils. But if that is not the case, it could mean that rock types were more powerful at some point in the past. 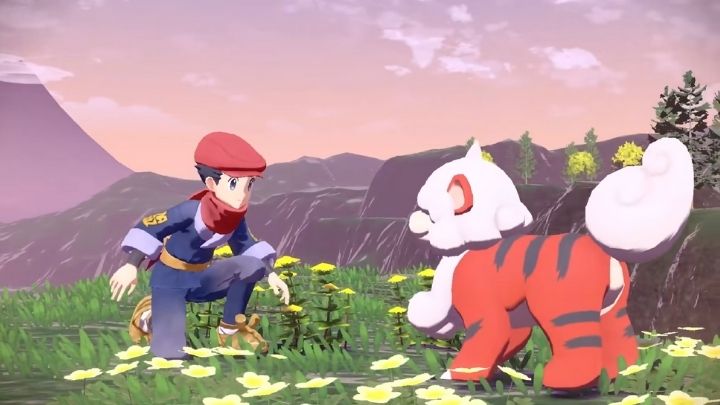 Of the five new Pokemon revealed so far, two of them (Kleavor and Hisuian Growlithe) are rock types. Since this game takes place in the past, and both of these new Pokemon have modern, non-rock type variations (Scizor and Growlithe), it could mean that at some point in the history of Pokemon, rock types were stronger. Perhaps the introduction of Steel-type Pokemon is what weakened the rock types, or maybe it was something else entirely. It could simply be the passage of time, something that wears down all rocks.