The last time I played Port Royale was in 2004. It was after the release of part two  in the heyday of RTS, economic strategies and city-builders  a time long gone. Part two  although warmly received  featured outdated graphics (certainly unable to challenge Warhammer 40,000: Dawn of War and Rome: Total War, which were both released the same year). But it didn't bother me at all back then, and I was definitely not alone in this. 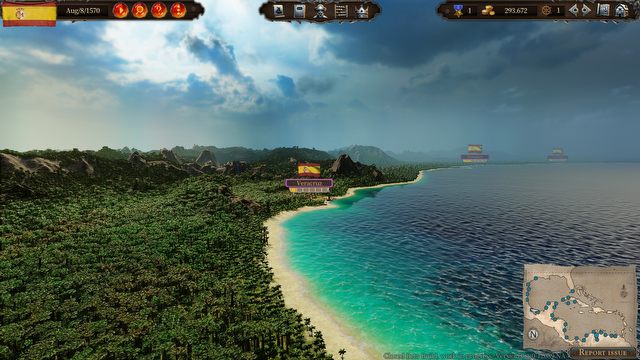 Rum can get you as rich, as it can make you poor!

Port Royale represented not only a genre that soon moved from the front pages of gaming magazines to a small niche  it was also a game that, in its own way, continued the pirate legacy of games such as Pirates (MicroProse, 1987) or the brilliant Corsairs: Conquest at Sea (Microids, 1999). And it did it with such class.

It's been 16 years, and we've been through several generations, changes in tastes, the collapse of big brands and the unexpected births of new genres. It's 2020 and Gaming Minds Studios  the authors of Port Royale 3, but also of the interesting Railway Empire, in which I spent several hours  are trying to convince us that the pirate era is not over yet and there is still room for a game where we trade goods in the Caribbean.

Back to the past 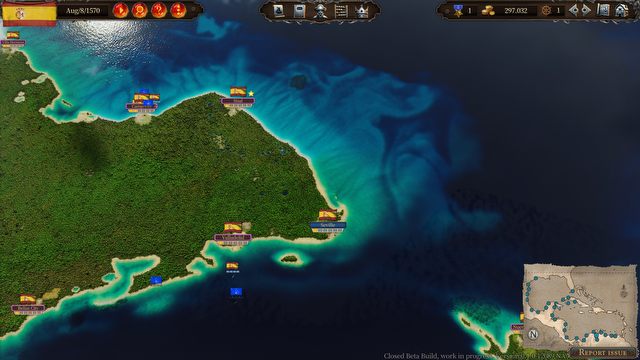 That's the view, most of the time.

Let's make it clear: Port Royale 4 is a game that will take us back to the past, reminding us why we used to love this genre. If you've never played it, let me remind you briefly: the game focuses on establishing and maintaining maritime trade routes between the cities of the great archipelago. We create routes, keep them safe, fight pirates (or become them), and expand cities to create production chains and transport even more goods. Our main job is to buy low, sell high.

Port Royale 4  eighteen years after the premiere of the first part  stands in front of an ambitious challenge that Im not sure is even possible to overcome. If you look back into the distant past, you will remember that these games were not among the easiest titles to play. The fourth installment  if you believe the beta version I've played  will be no exception. Before playing the campaign, the game recommends going through as many as 10 tutorials, amounting to almost an hour of learning. Side note: being aware that this can be an arduous activity, the creators made sure to include a rough estimate of how long each tutorial takes. Brilliant! 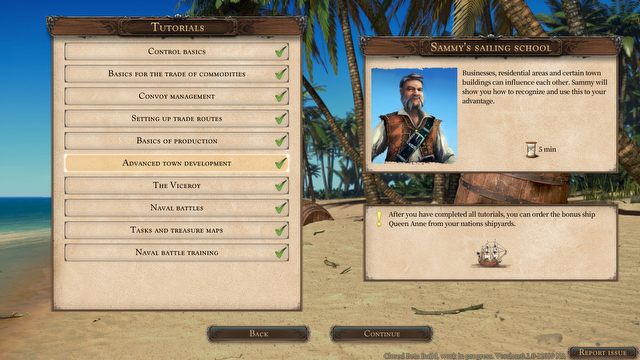 But if you decide to skip the tutorials and jump right into the campaign (the beta featured only the Spanish campaign; the full version will also feature British, Dutch and French), you'll discover that Port Royale 4 is a big homage to the past. The graphics are nice and clean, and although there's nothing really outdated about them, they certainly dont fry the GPU either (especially after the astonishing Anno 1800). One thing I really appreciated is that unlike in the previous entries, where the world and city maps were separate (we had to switch to city map from the world map), the devs have prepared a single, three-dimensional and quite slick map this time (spanning a whopping 4.6 million square miles).

However, the biggest problem of the graphics is that the game is generally very static  things are generally inanimate, there's no birds and animals. Maximal zoom allows us to see crowds of ant-like creatures moving around, but it almost requires a magnifying glass.

Buildings dont have animations either, and trees move so slowly that it's impossible to notice (by the way, the game could use more plant types, because the forest now looks like a tailored piece of uniform space). What I really can't bear, though, is the fact that in a game largely about maritime trade, the ships models are at best correct. It is worth noting, however, that the sea itself is nice, and the game generates some beautiful sunsets. However, I suspect that all this is still subject to change and by the time of the launch, the creators may add a little more flair to the graphics and animations. 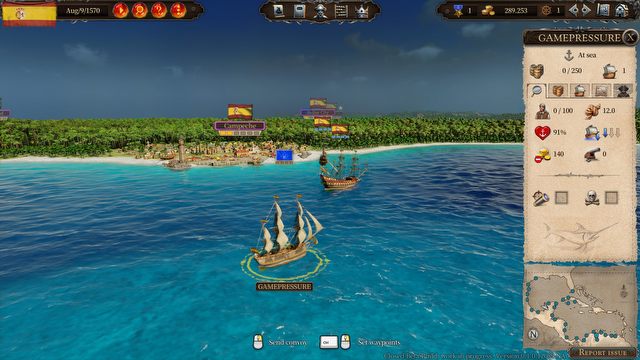 But it's not the graphics that take you back to the good old days  it's the interface. The relevant information is spread thin across dozens of screens, which doesn't lower the entry threshold. Don't get me wrong, the gameplay itself is not particularly complicated (at least in the released version)  it's just about the presentation of information itself. It is difficult to discern the most vital numbers and info  they're not highlighted in any way, and transparency is not really here. If someone has a knack for various statistics and parameters  here, they will feel at home.

It's the same with some UI elements  the trade route button in the ship interface looks more like an embellishment than functional button, and if we don't go through the tutorial, it may take us a while to realize it actually does something. And while it's neither particularly galling nor frightening for me, because I'm used to the fact that city-builders, strategy and economic games are always a bit of a quote from an idealized past, I'm afraid not everyone can share my view.

According to our users, Port Royale 4 for PC was a disappointment - the expectations before the release were higher than the current average user score. Our reviewer rated the game 5/10, you can read full review here: What Do We Do With the Drunken Gameplay - Port Royale 4 Review