Only while writing this article did I realize that on May 19, 2022, The Witcher 3: Wild Hunt turned seven years old. Can you believe it? Seven years! It's almost an eternity in the world of electronic entertainment. When the third part of Geralt's adventures was released, PS4 and Xbox One were next-generation consoles – today, we're already more than 18 months after the launch of PS5 and Xbox Series X/S. On this occasion, I have prepared a list of seven best (in my opinion) quests from The Witcher 3. I did not differentiate between main and side quests – I took into account those that I the fondest memories of. By the way, I hope that postponing the release of the next-gen version will give us at least one new quest – then I will be able to go through the whole game again without remorse.

Although seven years have passed since the release of The Witcher 3, some of you may have not played the game yet, or have not completed some of the quests we describe here. So that there are a lot of spoilers below!

While everyone loves the Blood Baron storyline, you should keep in mind that it actually consists of several missions that make up a significant part of Act One, taking place in Velen. That line of quests is one to remember, but in this text, we decided to focus on other great missions from the game. 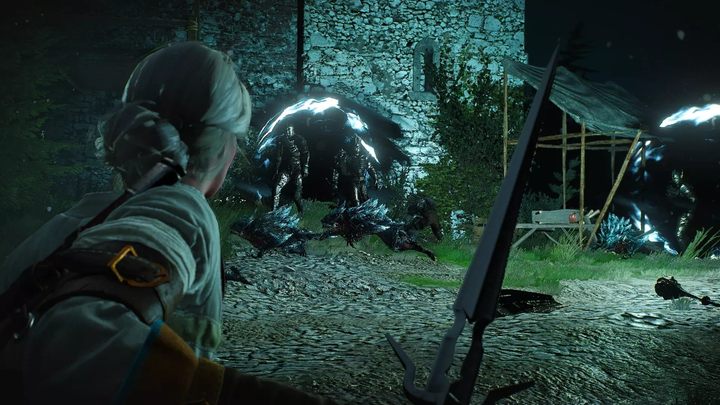 The Battle of Kaer Morhen has a special place in my heart. It's not the most creative or surprising mission in The Witcher 3, but it is the epic culmination of the adventure that brings together the most important characters to face the legendary Wild Hunt. The creators brilliantly managed to capture the atmosphere of growing tension and emphasize the importance of this mission – in the end, a failure would mean wasting everything we have fought for so far.

A big advantage is also the way task itself is constructed, because it has been divided into several stages, when the gameplay changes significantly. The preparation phase is a typical council before a big battle – we have to make strategic decisions that will later influence the course of events. Then comes the lowest point of this big quest – closing the magic rifts and sneaking in the bushes, covered with some clunky invisibility spell; it slows the pace and down and throws cumbersome opponents at us. But once that stage is over, we get to play as Ciri. Her swift movements are a very pleasant break after hours of controlling Geralt. After defeating all the enemies and closing the rifts, the game takes us to the Blood on the Battlefield quest, during which we make some key decisions about Ciri's future – remember the snowball fight?