Team Fortress 2 for PC from Valve Corporation may be categorised as a cooperation-oriented multiplayer FPS with strategic elements. The authors deem their production as "the best looking and best-playing class-based multiplayer game."

Gameplay consists in completing a number of missions, which the other team tries to prevent. With some elements, this production resembles the original Team Fortress, i.e. leading the team composed of six soldiers with unique abilities. No matter what mission you are carrying out, the most important factor is cooperation between soldiers and maximally effective use of their abilities. There are nine classes, each known from the former instalment: the Heavy, the Spy, the Scout, the Demoman, the Engineer, the Medic, the Sniper, the Soldier, and the Pyro. Theres something for everyone!

Players who prefer Rambo-style action should choose the Heavy or the Soldier; advocates of more subtle actions may decide on the Scout or the Sniper, while those preferring fighting from the second line might choose the Medic or the Engineer. The authors tried not to overpower any class, so they made sure that the heroes strong points interweave with their disadvantages. So, the Heavy with his huge firepower is slow, while the Scout is fast, but has little resilience to attacks. To find a way of the most effective use of the heroes advantages means finding the key to success.

The most surprising thing the creators implemented is certainly the graphic style. Unlike most of modern games, Team Fortress 2 released on PC does not try to look as real possible. This time the title features comic book or an animation movie style. Players are presented with a new system of lighting effects and unique animations  full 3D with very little details. Due to that, soldiers look like a hybrid of comic book heroes and action figures. Moreover, their models are greatly overdrawn: wide, massive shoulders symbolising strength, sickly thin silhouettes perfect for hiding, etc. 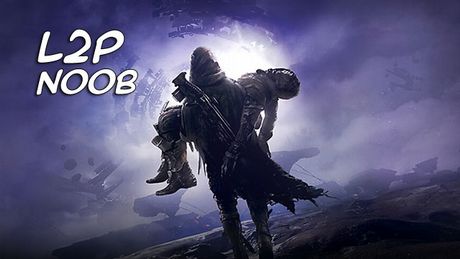 Shardligh is a newly announced point-and-click adventure game from the creators of Blackwell series. The game is set in a grim, post-apocalyptic world, featuring a terminally ill protagonist.

Abstractism appeared as a fun, relaxing game for half a dollar. There are many of them on Steam, but this one was special  because it was used for mining cryptocurrencies.

A bug appeared with the latest update for Team Fortress 2, which changed the drop rates of unusual items in some of crates from less than 1% to 100%. A flood of extremely rare skins has led to a market collapse.

The gaming industry is living with the announcement of Half-Life: Alyx, while another Valve title, Team Fortress 2, is slowly fading into oblivion. Devs are not very eager to release new content for the 12-year-old title. Community is the game's last hope.

Source codes of Counter-Strike: Global Offensive and Team Fortress 2 have been uploaded to the Internet. The perpetrator is connected to ValveNewsNetwork's leading channel, Tyler McVicker, and the leak could potentially threaten the safety of those playing Valve games.

Valve commented on yesterday's leak of Counter-Strike: Global Offensive and Team Fortress 2 source code. We were assured that the situation does not pose any threat to users playing on official servers.

The long-awaited Team Fortress 2 Classic mod has went live. It restores the popular title to the state back from 2008-2009, so we can see again many elements that have been changed or removed from the game since then. The mod is available for download for free on the developers' website.

For some time now, Team Fortress 2 players have been battling cheaters with specially programmed bots.

Team Fortress 2 is still doing well. During the last 24 hours, the game has set a new activity record. This situation is most probably related to the big update that came out yesterday.