A few days ago, weve learned that Fallout 76, the spin-off to the iconic series of post-apocalyptic RPGs, will not be available on Steam  at least not immediately upon release. The move may seem surprising at first, but upon closer inspection it fits pretty well into Bethesdas policy. Lets remember the PC release of Fallout Shelter, which first appeared on the Bethesda.net platform in July 2016, and only 9 months later did we see its official launch on the biggest digital distribution platform available to PC users. The creators of Fallouts and Skyrim clearly have an ongoing quest to promote their own platform at the expense of Valves leviathan. And theyre not the only ones to do it. 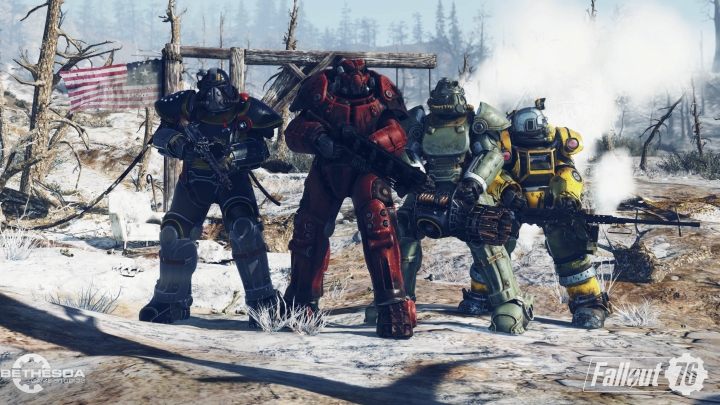 If youd like to play Fallout 76, youre going to need something else than Steam.

Also Activision gave up on putting the latest installment of Call of Duty on Steam. Black Ops 4, same as Destiny 2 from the same publisher, will be available only through the Battle.net service. Other bigshots of the industry have also been turning their noses on collaboration with Valve  Steam also lacks some major titles from Microsoft, including ReCore, Forza Motorsport 7, or Sea of Thieves.

While we will be able to find and buy Ubisofts titles on Steam without any problems, its quite clear that the true apple in the companys eye is the proprietary distribution platform  uPlay. Though Im sure that at the first visible hint of weakness from the monopolist, Ubisoft would waste no time to cancel the partnership and put their entire focus into their own distribution channels.

The exodus of AAA titles from large distribution platforms affects more than just Steam. Similar situations take place for example in the mobile device segment, where Epic Games has decided to handle the distribution of the wildly popular Fortnite: Battle Royale by themselves, without relying on Google Play, the service that dominates the Android market. We can download the game directly from the developers website as a single file and manually install it on the phone.

Everybody wants their own pie

The reason, for which many of those who can make do without the profits earned on Steam or Google Play decide to do it is quite simple  its about money. Both Valve and Google charge a 30% commission for each sold copy and each microtransaction completed in their shops. When it comes to AAA titles this equals to multi-million sums.

While small developers simply have no other choice and have to give up a portion of their profits, companies that own sufficiently big and popular brands may be willing to take the risk. Their bet is that the losses suffered by not putting their game on Steam will be compensated by the fact that each copy will be sold on a proprietary platform  with 100%, and not 70% of the profit landing in the companys pocket. And admittedly, while not many people will decide to download one more app the likes of GOG Galaxy or uPlay just to play some low-profile platform game, were it about the latest installment Call of Duty or Fallout, there may be a significantly bigger amount of gamers willing to do it. 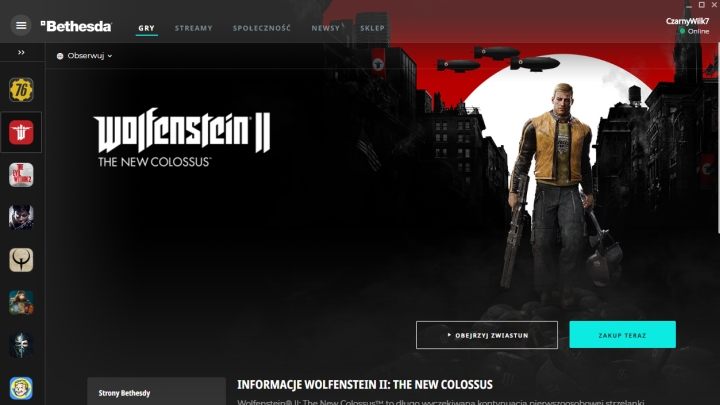 You can suspect that if Fallout 76 fares reasonably well, you wont be seeing any other Bethesda games on Steam.

Video game developers have one more thing to gain by playing this hand. By using a flagship title to convince the player to install a proprietary app required to run and sell the game, they acquire a potential long-term customer who may be more willing to buy other titles through the app in the future. How many of you were at least a bit suspicious of Steam, uPlay, or Origin when making your first buys, only to end up with giant game libraries in time? I know I dont have to look far for such a person  I used to be very much against digital distribution myself, and now the aforementioned trinity of apps was among the first things I installed after a HDD format I recently had to do, not to mention the fact that in the last year I used my DVD drive maybe once.

Today, when digital shops and app required to run games are popping up thick and fast, the hardest thing is convincing the gamers to at least give the companys app a shot  not putting your game on Steam, if only temporarily, is, aside from giving away games for free (a trick eagerly used by Electronic Arts and Ubisoft  both companies have chosen a different way to persuade the players, which is probably why were still seeing their games on Steam), the most effective way to gain customers.

Two sides of the coin

The future is expected to bring a growing fragmentation of the delicious pie known as digital distribution. As the production costs of AAA titles continue to grow, the developers are looking for means to cut them, and a 30% commission handed over to a third party shop is a good motivation to eliminate the middle man and invest in a proprietary sales platform. 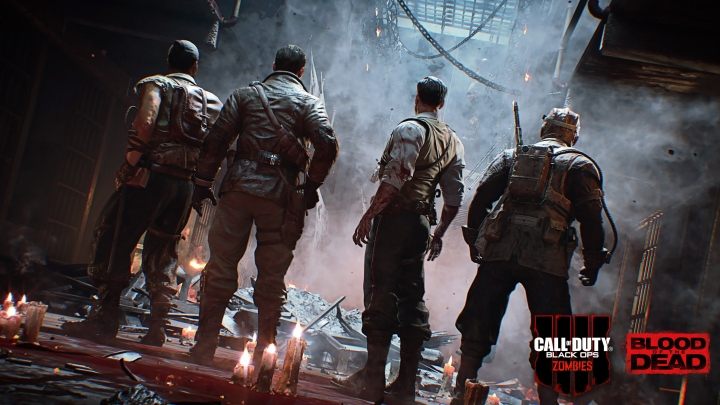 Call of Duty: Black Ops 4 is one more title that will skip uncle Gabens shop.

If youve had it with the growing number of game running apps, heres more bad news for you  most likely it will only get worse, and in time Steam, uPlay, Origin, Battle.net, etc. will be joined by things like Capcom Launcher, Namco Bandai Player, or maybe even a Warner Bros. Activator. And as more and more such apps appear, an increasing number of developers will also try to break free from Steams monopoly and advertise their own platforms using exclusive titles.

On one hand, there may yet be something good for us in this whole thing. Monopoly is always bad for the customer, and if Valve were to find itself on dangerous ground the company may be forced to fight for the gamers sympathies a bit more than it does now  be it by prices, special offers, or by a bigger focus on proprietary games, which were the cornerstone of Steams success in the first place. Who knows, Valve may even find the motivation to finally complete the story of Gordon Freeman, giving us one final, epic half-life 3 confirmed meme.

On the other, theres no doubt that jumping across an unspecified number of applications, each with a separate games library, is simply inconvenient. One of Steams (and digital distributions as well) biggest advantages is convenience  weve got all that we need neatly tucked in one place; a single library, where each game weve bought can be downloaded in a few mouse clicks. 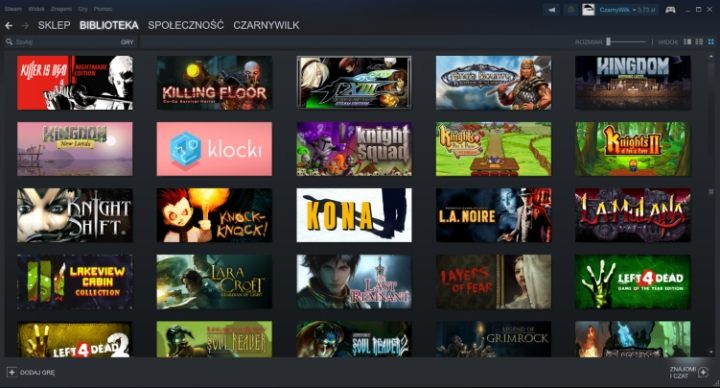 The main advantage of Steam is the comfort of having almost everything in one place.

Adding more apps does not only clutter your PC, but also makes it easier for you to lose control over your game libraries, forces you to learn the ropes of a new interface and shortcuts each time. In short, it only adds to unnecessary chaos. Even as it is now, I once happened to buy a game on Steam, which, as it turned out, I had already bought on another platform  and the more libraries the gamers will have to manage, the more will such situations be bound to happen.

While the largest developers can play out their game of chess with Valve, independent or medium-sized devs havent got much to say in all this and simply have to roll with what the big shops decide. Although many such companies offer an option to download their games directly on the devs website, in other digital shops, or as a DRM-free version on GOG.com, Valve still holds the leading spot in indie game sales, and without a gigantic recognition, a company simply cannot allow itself not to be on Steam.

End of a monopoly?

As gamers, we dont really have any influence on this situation  we like to talk big about boycotting some business practices, but the truth is that if a new installment of your beloved series wouldnt appear on Steam but on a different proprietary platform, most of us would probably give in pretty quickly. It seems that all we have left is to accept the changes and believe that the developers will retain some decency  both in terms of exclusive hardware platforms and frequency of releasing their games on Steam. On the other hand, lets also hope that some titles miss Steam from time to time, just so Valve can be reminded that its not alone out there in the global market, and that sometimes its worth catering to the gamers, because the competition never sleeps. Maybe then will it be good for everyone.

Metro's Exodus from Steam is Just the Beginning

The long-awaited third installment of the Metro series will not be available on Steam. How's it possible? The publisher of the game struck a bargain with Epic Games behind Gabe's back, and we think this is just the beginning.

A single, leaner year may be too early to talk about the crisis of PC entertainment, but in 2018, a few phenomena made us worry about gaming on personal computers.