Every month, store shelves (both in physical and digital stores) buckle under the weight of new games, tempting us with content. Sometimes, it happens that, attracted by a description, a gameplay fragment or the opinion of friends (or reviewers), we reach for our wallet, becoming seduced by a promise of a fantastic adventure. However, as the statistics show, very often we do not finish our games, leaving them halfway through to save some another virtual world.

And why don't we finish our games? There is no clear answer to this question. Nor will we explore the reasons for this in this article. Sometimes dropping a game is the result of an excess of responsibilities, sometimes it is due to a deep disappointment with a particular product, and sometimes it is because we bought a given title for a few bucks at a sale and we simply do not care about finishing it, let alone in 100%. 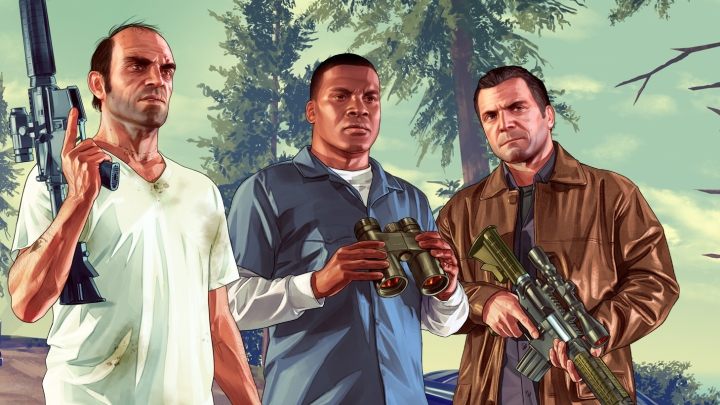 Only a few gamers got to know the final fates of Michael, Franklin and Trevor.

And sometimes  and this applies to a large part of games described in this article  that they are simply too long. Complex RPGs require many hours spent in front of the screen, sometimes also laborious farming and grind. You need to have a lot of willpower and patience, assuming you're not a fan of the genre, to get to the finale.

Sometimes even uncomplicated and not-so-long games, despite acclaim and general sympathy, are completed by a relatively small percentage of the audience. Our text has several such items. We invite you to look at some very interesting works, subjectively selected by the author and focused only (or mostly) on single-player gameplay.

It is not entirely clear how much of Hideo Kojima's last work created for Konami was entirely his own idea, and how much of it was the publisher's executive meddling during the development process. In any case, Metal Gear Solid V: The Phantom Pain is a different game from the rest of the series, focusing not so much on complex plot and interesting characters, but on exploring a large piece of terrain and recapturing successive locations. And twice because...

Indeed, this protracted festival of touring a series of similar bases and the need to build one of our own, which took a lot of extra hours, was perhaps a bit too much even for the most ardent fans of the series. The well-executed stealth mechanics weren't enough  MGSV proved too long-winded and repetitive for most players. The stats speak for themselves.

Did you know that Metal Gear Solid IV for PlayStation 3 has been completed by far more people than the fifth installment? The stats say that the number was as much as 40% highter in favor of PlayStation 3. Open-world games are far less likely to appeal to those with little patience.