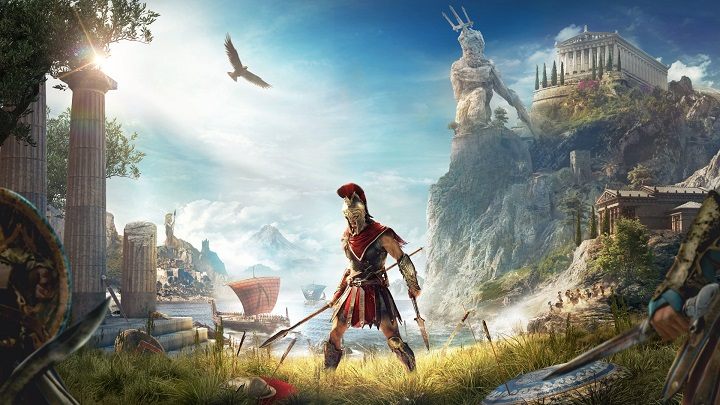 Another installment in the popular Assassin's Creed series.

I don't think that the Assassin's Creed series needs to be introduced to anyone. It's a brand that includes more than 20 small and large hits released over the last 13 years. The latest production in the series, subtitled Odyssey, takes players to ancient Greece, where, as the exiled grandson or granddaughter of the legendary King Leonidas, they get a chance to get their family back. The story mainly deals with a series-specific conflict between the Assasins and the Templars. During story quests, we make decisions that also impact the fate of our loved ones. In this installment, players can also choose dialogue options.

In Assassin's Creed: Odyssey, we have the chance to travel through almost the entire historical area of ancient Greece. We can do this on horseback and on foot, using the parkour system known in this series. Players can also sail.So many ways of moving allow you to explore a vast world in which, in addition to the long story, you can have side tasks and various additional activities, such as puzzles, exploring tombs, or hunting legendary beasts. This production, compared to other sandbox games of this type, is distinguished mainly by the enormity of the content waiting for us.

Odyssey is certainly not a bad game, but it has a few elements that don't make it stand out from similar titles. The game focuses on the amazing world of ancient Greece, which impresses with atmosphere and beautiful setting. For many, exploration is enjoyable and rewarding, and side activities can be engaging. There are, however, complaints about poorly conceived tasks or a character level system that forces you to grind. The perception of this game often depends on a particular player, but undoubtedly a large part of them have had a great time here. 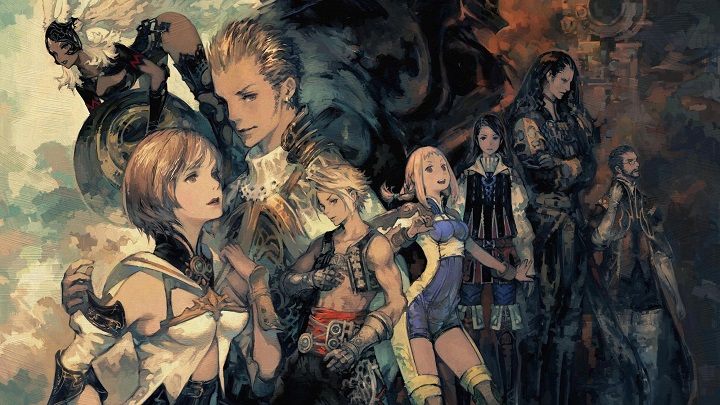 Players can spend a lot of time in the refreshed version of the twelfth installment of the popular jRPG series.

Final Fantasy XII: The Zodiac Age is a remastered version of the twelfth installment of the world's most popular jRPG series, originally released in 2006 exclusively for PlayStation 2. The remastered edition gave players the opportunity to test the game on other consoles. FFXII: The Zodiac Age takes players to the world of Ivalice, where two powerful empires are at war. Playing as Vaan - a 17-year-old orphan, one meets the princess, who leads the local resistance, as well as several pirates. Making new friends means starting the next chapter in the hero's life and embarking on a long journey in which the fate of the world will be at stake.

In Final Fantasy XII: The Zodiac Age, it takes hours to complete the main plot. During the game, players go to different locations, where they have to complete a lot of tasks. There is also a lot of time one can spend on adapting and developing team members. In addition, there are additional activities, such as wanted notices, hunting mutant monsters, and extra bosses. Those willing to can also indulge in fishing or searching for hidden locations full of treasures. The Zodiac Age also introduced several new elements to the series such as the gambit system.

The original version ofFinal Fantasy XII for PlayStation 2 has gained many followers worldwide. Still, it's hard to say it enjoyed more popularity than the rest of the series. The remastered edition allowed the production to be introduced to a wider audience, who quickly fell in love with it as well. Many praised the title as a perfect remaster, although it's worth bearing in mind that it's still a true jRPG, and the genre just cannot be disliked. 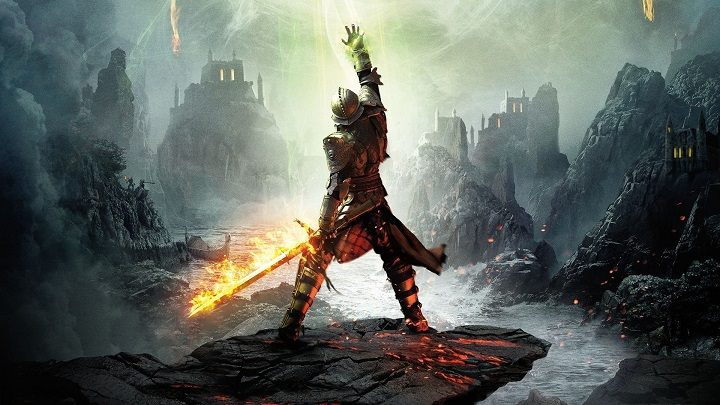 Back to the roots of the series.

Another RPG in our lineup, which is the latest installment of the acclaimed series. This time we focus the Dragon Age series created by the developers from BioWare. After a mediocre second installment, Inquisition was supposed to get the brand back on track. The player is once again transported to the world of Thedas, which is in chaos. We take on the leadership of a new organization whose main goal is to find the person responsible for leading the demon invasion. So along with our companions, we embark on a journey full of adventures and dangers.

The area available to explore in Inquisition is vast, but you can't say that we are dealing with a fully open world here.The locations we go to are large and diverse and, most importantly, there is no shortage of side tasks, so we always have something to do. Additional activities include crafting, managing the Inquisition, romancing with independent characters, or closing the gaps between the world and the void. Unlocking new areas requires completing story quests  those who want to know all the secrets of the game have to spend many hours with it.

Inquisition has received quite mixed reviews. It should be noted, however, that ratings fluctuated between average and very good rather than poor and great. For many fans, it's the perfect return for the series after a bad sequel. Others have pointed out that the game has many shortcomings, primarily weak additional tasks. However, it is worth knowing that most users praise the world and locations, as well as the accompanying characters. This undoubtedly makes Inquisition one of the notable RPGs that provide many hours of fun.