What do video game enthusiasts have in common with passionate bibliophiles, or cinephiles? Representatives of each of these three camps can, without the slightest hesitation, subscribe to the statement that the best works are too short. However, while re-reading a book or re-watching a TV series or movie can be tedious  after all, we already know the ending and all the secrets  fans of virtual entertainment can still have a great time replaying a game whose end credits they've already scrolled (though we admit: rehearsing your favorite movie, book, or game is a thing some people can do endlessly).

But what is the thing compelling us to a single game for so long that when ordinary people see the stats, they shake their heads? Below, we present several games that offer the best end-game content. 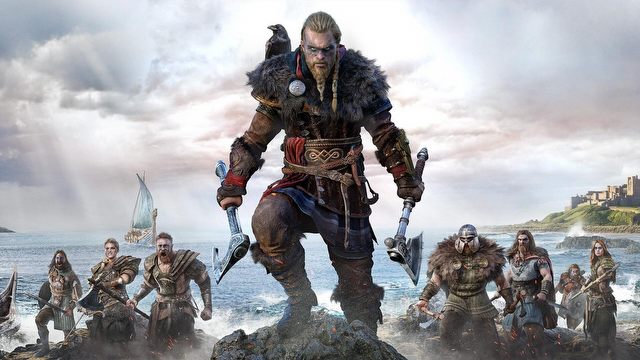 We ought to start with a bang, which is why the first place on the list is taken by the latest installment of Assassin's Creed, titled Valhalla. After two parts taking place in ancient times, fans were expecting a trip to Rome. It would be a natural conclusion to the trilogy, set in the Mediterranean in ancient times. Ubisoft, however, decided to surprise us and moved the action of the series to the early Middle Ages.

So instead of a toga we put on a fur coat, well-suited to the Scandinavian homeland of the new main character, and replaced the gladius with an axe, pop-culturally associated with the Vikings. In this fur and with this axe we set off from the frosty peninsula to the rainy island of England, and later, with a DLC, to Ireland. There is already another expansion planned, called The Siege of Paris.

Theoretically, you can complete Valhalla in about 50  60 hours. On the other hand, we know of people who have played the game for several hundred hours and still can't stop playing. The developers have done their best to make their creation huge, and the main plot here is just one component of a huge machine created to devour players' time.

Valhalla continues the trend started in Origins. It's still more of an open-world action RPG than an entry in the style of the old "Assassins." However, there were some elements to please older fans of the series. Either way, be careful, because you may find that you start playing in the morning, and finish in January.

If you're wondering which is better  Origins, Odyssey or Valhalla, we answer: it depends. All of these games offer sizable end-game, and if you haven't tried any of them so far, we advise beginning with the relatively modest Origins. 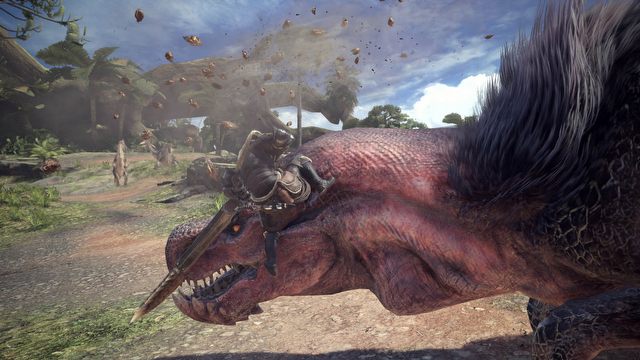 Size matters, but this may be overdoing it.

Another new game on the list, which stole the hearts of not only reviewers but also players  the extremely (but so pleasantly) chaotic Monster Hunter: World. It's a game about killing giant monsters. In the case of MH: W, duels with the mighty beasts are not only fun in the conventional understanding; they also give you a sense of performing truly superhuman feats.

And once you've slaughtered the last, most powerful boss in all of Monster Hunter: World, is there anything else to do? Yes  because it turns out that some innovations are introduced to the game before the final nastiness is killed. These include the "Argosy"  special ships that arrive in port at unspecified times and sell unspecified sets of items to the characters (unique each time), usually special items.

In addition, blacksmiths who can forge the equivalent of classic armor, but with more powerful stats. The novelties do not end there  from now on, after opening the map, you can choose between low-level and high-level expeditions (the first type of dungeon doesn't change, while the second one features stronger monsters, but also a better type of material to craft gear at the blacksmith). A new zone, the Elder's Retreat, is also unlocked, and the main objective becomes the hunt for the mythical Rathiana, whose traces are found during high-level expeditions. So, many attractions appear and they aren't just reheated chops.

Recently, the game debuted the Iceborne add-on, which added a frosty land full of new monsters, such as the Velkhan dragon and the Beotodusami wyvern. There were additional master quests and tools  and, of course, the storyline. 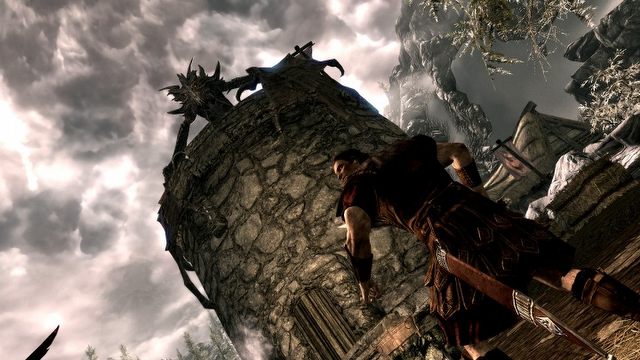 In TESV, we're introduced to the first dragon as a convict about to be decapitated... Oh, the irony.

The Elders Scrolls V: Skyrim is a game that's charmingly subversive in its own way. The game conquered the hearts of many young RPG enthusiasts and sold really well, offering what everyone expected in 2011 from a solid representative of the genre set in a fantasy world. Die-hard fans of Morrowind  already complaining about Oblivion  also played it, but in the opinion of some, it was no longer the same Elders Scrolls as it once was. Still, it's hard to blame Bethesda, who still tried at the time (see the recent Fallout 4) for trying to maintain the atmosphere of part four while jumping into the technological future.

Nevertheless, TESV: Skyrim is still one of the most interesting offerings on the videogame market today, and it's worth taking a look at  especially because of what you can do here after completing the storyline. And you can do a lot  in addition to the obvious maxing out of the protagonist's level, there is a chance to perform various tasks for a number of factions  we can join the Thieves' Guild, the Dark Brotherhood, the Imperial Legion, the rebellious Thunderers, and even bards or mages from the Winter Fortress Academy.

I'm not surprised that many players on Steam have several hundred hours each in TESV. In addition to the aforementioned quests, crafting, searching for legendary items, finding dragon words also await. The available activities could be listed endlessly  100% progress seems almost unrealistic to achieve here. And yet, there are still mods that offer hundreds (if not thousands) of additional hours of fun.