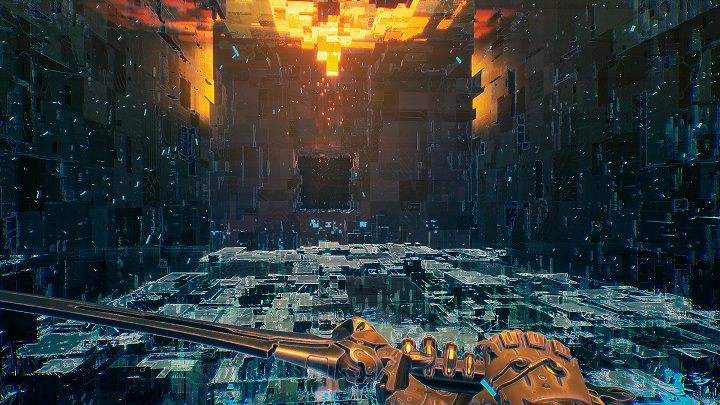 A lot of these Polish cyberpunk titles have appeared. This year, alongside Cyberpunk 2077 and Gamedec, we are expecting Ghostrunner  a game that looks a bit Dishonored, though it approaches gameplay in a completely different way. In this title, we will assume the role of a hero with abilities to fight not only in the physical world, but also in cyberspace. As a result, he is the only person who can oppose the Keyholder  antagonist, who wields firm rule in the giant tower that is located in the last human city.

Ghostrunner is primarily about conquering the next floors of the tower. The exploration will take place using the parkour skills of our hero  there will be no shortage of dynamic jumps over precipices, climbing, or running on walls. Along the way, we will encounter opponents that we will eliminate both by surprise and in open combat. We've also received the ability to slow down time and have access to a whip (allowing, for example, reaching ledges that are far away) In case of dying (one shot from an opponent is enough), the game will start from the lastest checkpoint.