Kingdoms of Amalur: Re-Reckoning is a re-master of an action RPG in the TPP convention, set in a fantasy world created by the writer R.A. Salvatore (the creator of the dark elf Drizzet Do'Urden, known to fans of the Forgotten Realms world). The 2012 original was developed under the aegis of the Electronic Arts concern by two non-existent development teams: 38 Studios and Big Huge Games. Among the co-founders were such names as Ken Rolston (chief designer, known from The Elder Scrolls III: Morrowind and The Elder Scrolls IV: Oblivion) and Todd McFarlane (responsible for the artistic layer, associated mainly as the creator of the comic book character Spawn). After THQ Nordic took over the brand's rights in September 2018, a refreshed version of Kingdoms of Amalur: Reckoning was commissioned to a small studio, Kaiko Games, which collaborated in porting productions such as Darksiders: Warmastered Edition, Darksiders II: Deathinitive Edition and Legend of Kay: Anniversary Edition.

The action of the game takes place in a fantasy land - Amalur, divided into several regions. The story begins with the death of the main character, then resurrected with the Well of Souls. In Kingdoms of Amalur: Re-Reckoning we are dealing with a classic story "from zero to hero" and saving the world from evil. Despite the possibility of making decisions in dialogues based on the Mass Effect series, the story presented in the game is mainly linear.

We start the adventure by creating the hero in a fairly extensive creator that allows you to choose one of four available races (Almain, Dokkalfar, Ljosalfar and Varani) and modify individual body parts. At the beginning of the game we don't choose a class, but as the game progresses you can develop your character in three skill trees corresponding to the classic archetypes: warrior, rogue and mage. Among the available abilities, over 60 in total, there are both combat (melee combat, finesse and witchcraft) and craft and social skills (e.g. alchemy, blacksmithing or persuasion).

Kingdoms of Amalur: Re-Reckoning puts players in the arms of a quite open and large world, filled with various stories created in the head of R.A. Salvatore. In addition to the main storyline, the game offers numerous side tasks, including for guilds scattered across various Amalur regions, as in the series The Elder Scrolls. We receive experience points for completing the missions and gain a reputation among the various factions.

The main focus in Kingdoms of Amalur: Re-Reckoning, however, has been put on a combat that is dynamic and quite arcade, with the Quick Time Events, which makes the game often closer to the hack'n'slash/slasher genre than an RPG. Winning in battles is therefore determined not only by the skills acquired with the development of the character, but also by the player's ability and appropriate use of items (e.g. (bombs) or spells.

In terms of gameplay mechanics, the remaster also brought some improvements to the game.

Kingdoms of Amalur: Re-Reckoning is a single player game. It also contains all DLCs, including two feature expansions: The Legend of Dead Kel and Teeth of Naros.

As befits a remaster, Kingdoms of Amalur: Re-Reckoning improves the graphic design of the original, whose style is somewhat reminiscent of the Fable series, Divinity II: Ego Draconis and games from the Forgotten Realms universe. Resolution and texture quality has been improved, and the eighth generation consoles provide greater fluidity than PlayStation 3 and Xbox 360. 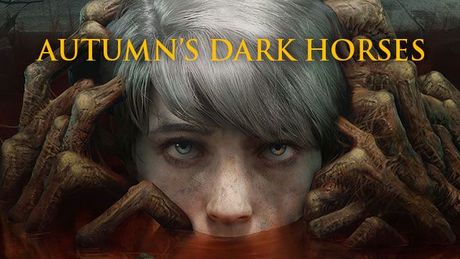 Information on Kingdoms of Amalur: Re-Reckoning, the remaster of the successful 2012 action RPG, was leaked. The info was accompanied by first screenshots.

Kingdoms of Amalur: Re-Reckoning - a remaster of RPG from 2012 has just been officially announced. At the same time, we learned the game's release date, hardware requirements, and the content of the collector's edition.

THQ Nordic has published the first gameplay from Kingdoms of Amalur: Re-Reckoning. The video shows one of the three possible paths of development for the main protagonist.

The PC edition of Kingdoms of Amalur: Re-Reckoning will be cheaper on Steam for owners of the original 2012 version. What's more, the discount will be combined with a special day one offer.

The first reviews of Kingdoms of Amalur: Re-Reckoning have appeared on the Internet. The action RPG resurrected by THQ Nordic still provides a lot of fun, but few changes compared to the original.